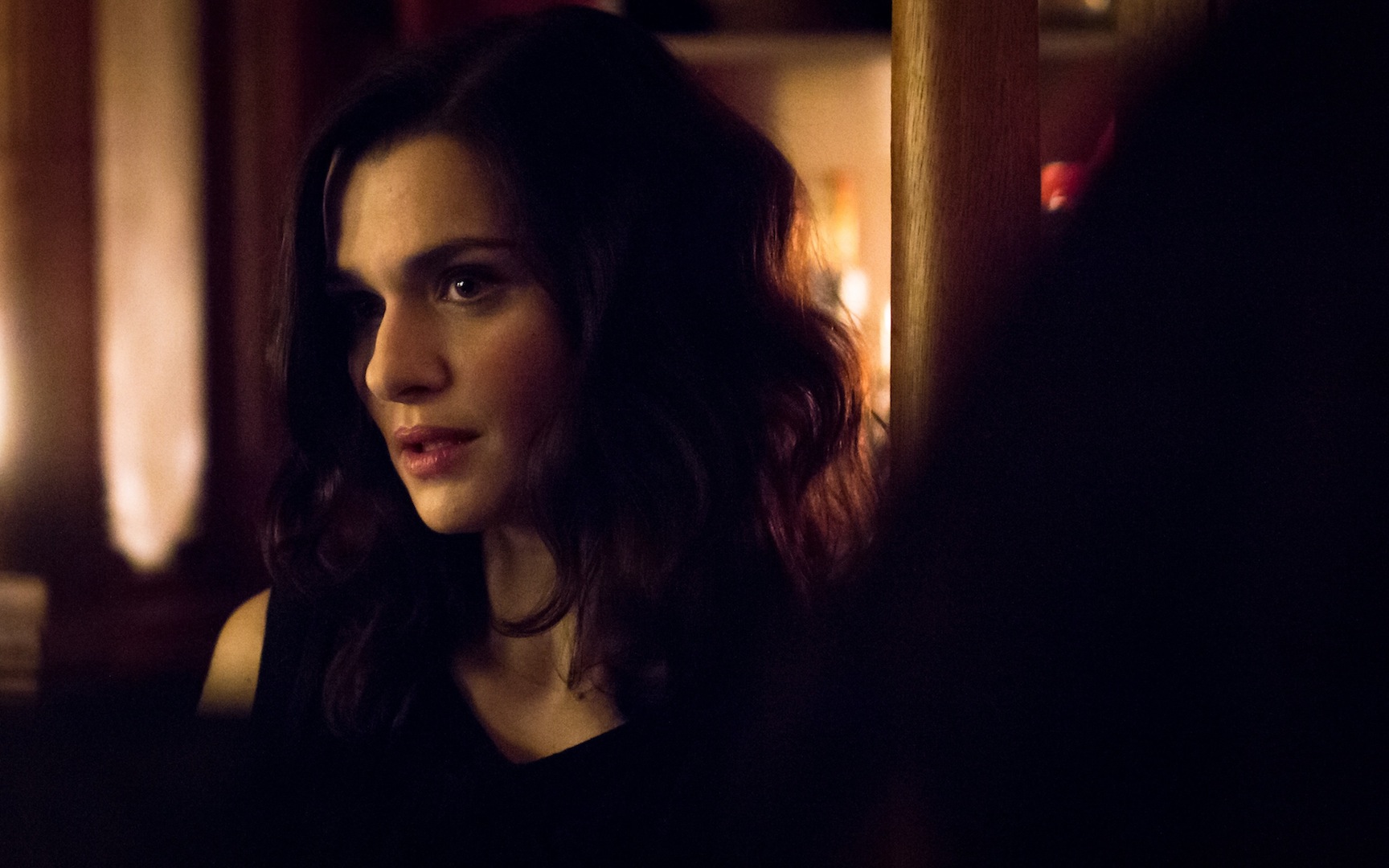 If you’ve ever met someone whose grandiose stories didn’t always add up, you may think you know Alice (Rachel Weisz), a plus-one at an adult birthday celebration who charms the other party guests…until she doesn’t.

Alice is just the latest identity for a woman who is addicted to being a “blank slate,” abruptly leaving everything and everyone around her, traveling to a new locale, and becoming someone else. She might be a magician’s assistant in China, she might be researching frogs in Australia, or she might be making all of it up.

She’s finagled this party invite because she has quite a history with Tom, the birthday boy (Michael Shannon). “Alice” ghosted him some 15 years earlier, but now thinks she’d like to catch up, which isn’t quite the birthday surprise that Tom, or his wife, was expecting.

Director/co-writer Joshua Marston (Maria Full of Grace) sets a very intriguing premise with precision and occasional sleight of hand, then can’t quite capitalize on the expectations he so skillfully crafted.

Weisz and Shannon are both…take a wild guess…fantastic, as they slowly reveal parts of their characters’ histories that only make you more interested in digging deeper. She is cryptic but hypnotizing, while he is wounded but dangerously curious about the strange habits of his old friend.

Complete Unknown feels much like the latest stage play Roman Polanski might have brought to the screen, minus the biting insight. Once Tom confronts Alice about leaving him, the film meanders as much as they do. We get plenty of conversation, obvious metaphors such as mirror gazing and metamorphic amphibians, but truly salient points about identity and limitation seem just out of reach.

Well-crafted and impeccably performed, Complete Unknown is never less than watchable, even if it peaks much too early.