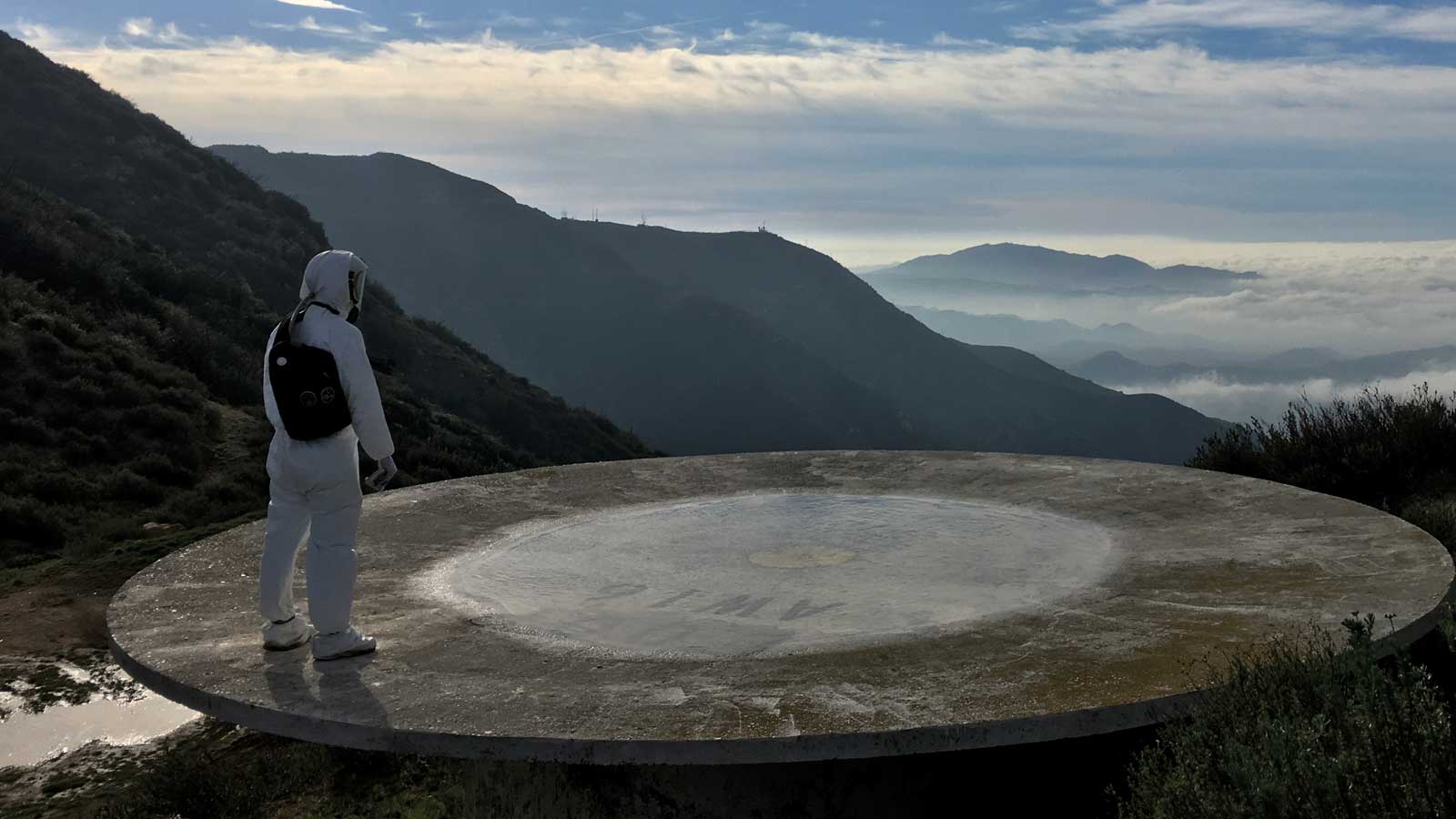 The Tangle introduces us to a future world controlled by AI where people spend their time jacked into an Eden-esque reality. Information is widely available just by thinking it or asking aloud, and acts of violence are impossible to commit.

When a government agent turns up dead in a locked safe room, her fellow agents (writer/director Christopher Soren Kelly and Jessica Graham) must find out how and why the first murder in years was committed right under their noses.

We now live in a cinematic world where science fiction is more than just large-scale films. Star Trek, The Matrix, 2001 – all of these films have left a lasting impact on the genre. However, small, en vogue movies like Primer and Coherence have wowed audiences with their big ideas despite having budgets that would have only covered catering on Interstellar. The Tangle strives to be one of the latter films with its budget-friendly thinking and world building.

The sci-fi of The Tangle isn’t overtly flashy, nor is it original. Driverless cars roam the streets, and avatars are a common use for those plugged into the Tangle itself. It’s nothing we haven’t seen before. The minimalism works to the film’s advantage as the audience is given more time to focus on theme and character. Sure, it’s fun to “ooh” and “aah” at spectacle, but this isn’t the kind of story Soren Kelly is telling.

The Tangle comes alive as it leans into its more noir-ish elements. Despite the sci-fi window dressing, the film is a mystery through and through.

The classic noir trappings are apparent in nearly every scene. A sizable chunk of the movie takes place in a dimly lit room as the agents interrogate a suspect. The costume design has nods to the noir classics of the 1940s and 50s, and the dialogue is snappy and cool. You could almost imagine a trenchcoat-clad Robert Mitchum delivering a few of these monologues.

In a film this exposition-heavy, it’s important to have a cast that’s up to the challenge. While the leads in The Tangle aren’t household names, they more than hold their own with this tricky, tech-laden script. The cast might be the film’s secret weapon, bringing a sincerity that makes the movie work. There’s not an ounce of camp in any of their performances and that’s exactly what this material is asking for.

While not a groundbreaking entry into the sci-fi genre, The Tangle manages to impress with clever execution, a committed cast, and a fun noir twist.