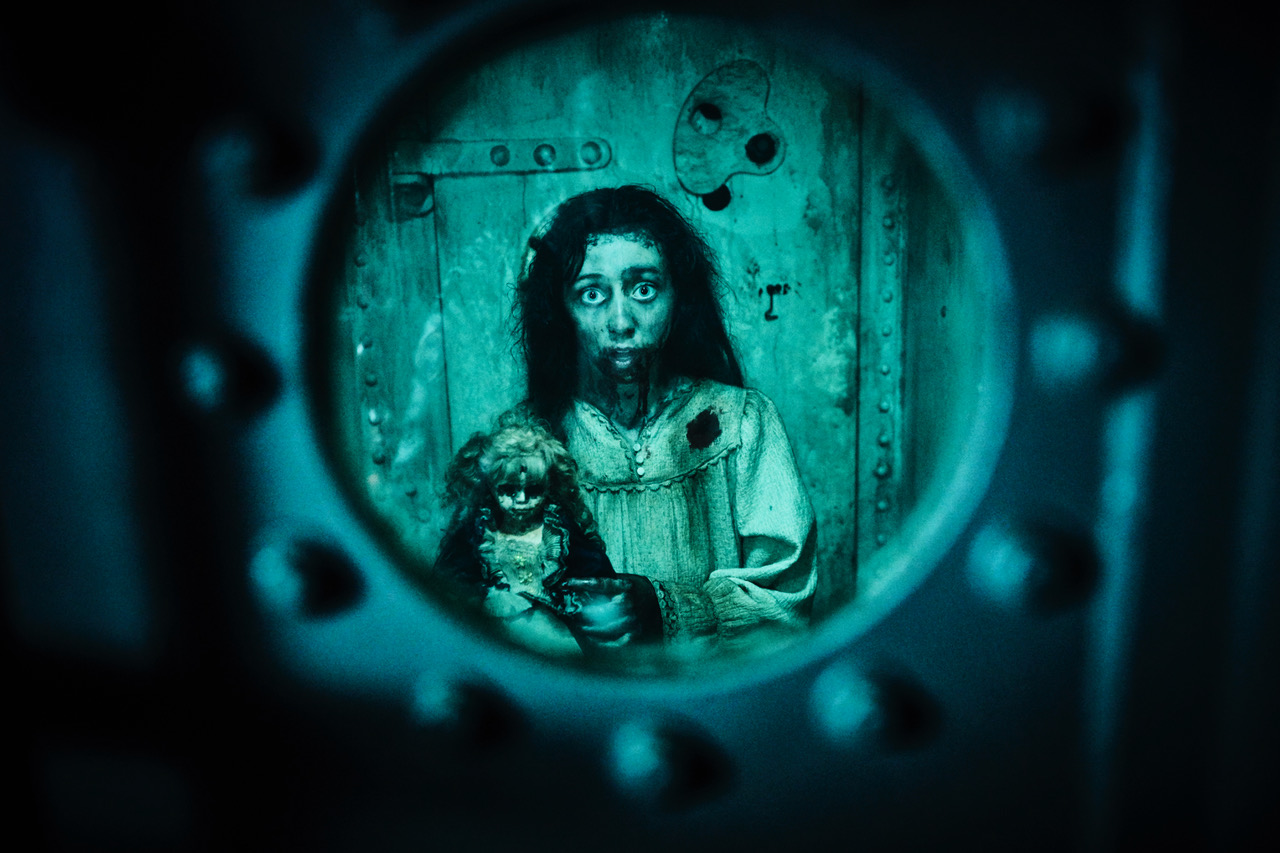 I was excited to see Blood Vessel for two reasons: firstly, it’s a creature feature, which I love. And secondly, I love the deserted/ghost ship setting. Now I’ll be the first to admit I had high expectations for this film, and perhaps they were too high. Because by the end, I was left feeling a little deflated.

Now I want to be absolutely clear when I say Blood Vessel is NOT a bad film. Not by any stretch of the imagination. My main issue with the film comes from the pacing. We follow a group of seven survivors of a German U-Boat attack. Three Americans: Malone (Robert Taylor), Jackson (Christopher Kirby) and Bigelow (Mark Diaco). Two Brits: Nurse, Jane Prescott (Alyssa Sutherland) and codebreaker, Faraday (John Lloyd Fillingham). Also Australian, Sinclair (Nathan Philips) and Russian, Teplov (Alex Cooke). A diverse selection of allied forces.

We join this mixed bag of characters adrift at sea and with dwindling supplies. On the verge of losing all hope, a Nazi minesweeper hoves into view—a visually stunning sequence. Deciding that capture, or possibly even murder by the Nazi’s is better than starving to death the group clamber aboard. But once aboard, the ship seems deserted. Apart from a mysterious young girl (Ruby Isobel Hall) who – in a sequence mimicking Newt’s discovery in Aliens – is found hiding deep in the ship’s interior.

Blood Vessel gets off to a strong start and wastes no time getting the survivors onto the doomed vessel. Director/co-writer Justin Dix employs visuals here, and in fact, throughout the film, that are incredibly compelling and atmospheric. The eerie red hue of the sky and crashing waves of the ocean as the Nazi ship pierces the seemingly unnatural pelagic fog is quite a sight to behold. The movie’s excellent visual quality is maintained in its production design and particularly with its creature effects. And while the creatures themselves are, without a doubt, grotesque and frightening looking, they are never fully utilised.

Which brings me to the issue of pacing; for me, the film’s biggest problem. Which really is a shame because, actually, it starts off so well. But after a long time of exploring the ship and discovering the desiccated and burnt corpses of the ship’s crew (which is fun), we still haven’t learned anything new. And by the time the creatures are released, the events in the story restrict them doing anything that feels worth our wait.

What this does mean, however, is that we get to spend more time with these characters, which isn’t a terrible thing. The quality of the performances throughout the film’s cast is solid, with Alex Cooke’s Teplov really standing out for me. The problem here is the unoriginality of the characters themselves. None really express as anything other than genre typical stereotypes, which isn’t a massive problem for a film like this; character backstories and development aren’t terribly important. But it would have been nice to have seen something a little different.

All things considered, and in spite of a few issues, Blood Vessel is an entertaining enough horror romp. A well-directed, situational horror film with gorgeous cinematography from Sky Davies and John Sanderson’s superb special effects is what awaits anyone daring enough to hop aboard.