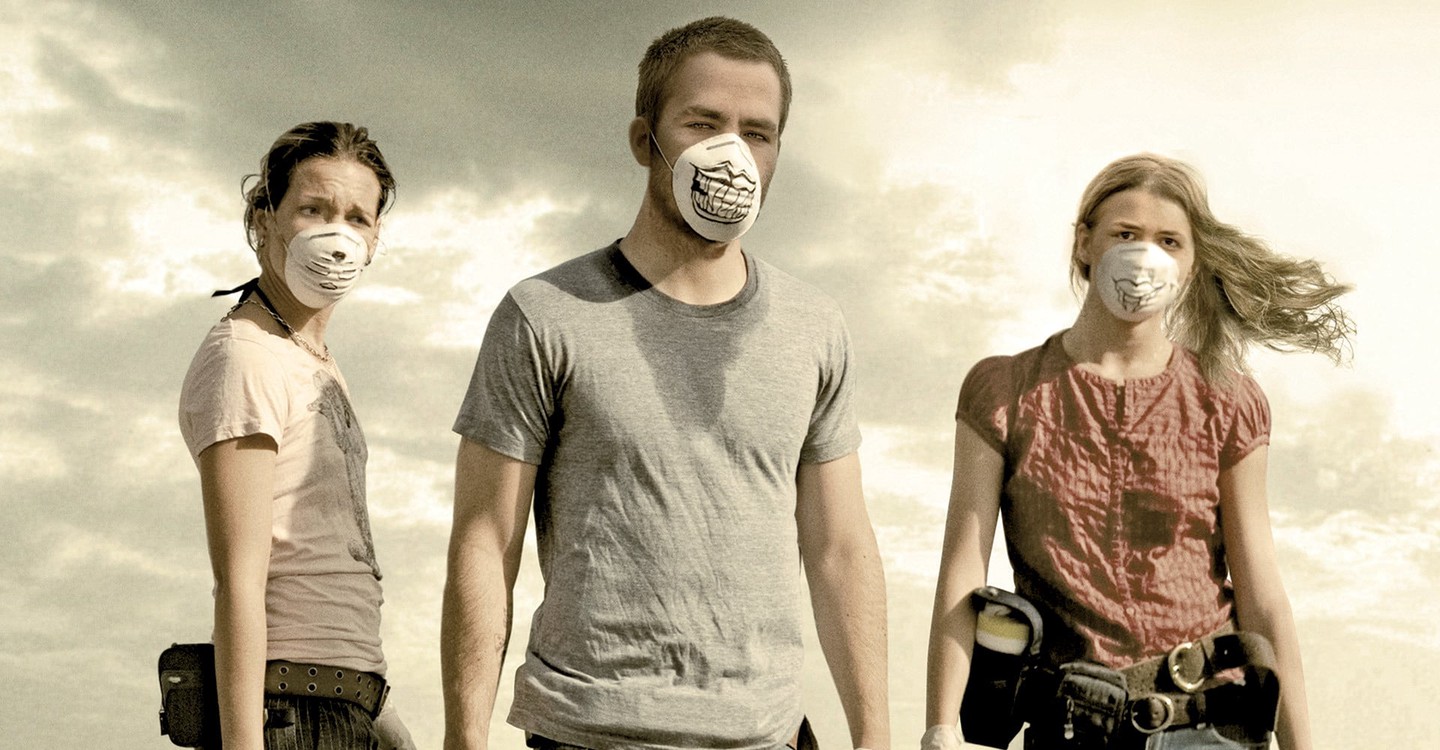 Chris Pine plays against type in this 2009 pandemic horror currently streaming on most platforms including Netflix.

Pine plays Brian, a hardened young man who believes he may be immune to the virus that has decimated the global population. But, just to be safe, he chalks his survival up to a handful of rules he keeps. He also enforces these rules with three fellow survivors: his girlfriend Bobby (Piper Perabo), his little brother Dany (Lou Taylor Pucci), and Danny’s friend Kate (Emily VanCamp).

Following Brian’s rules to the letter (or else), the four cross the country in search of the childhood vacation destination the boys feel sure is a safe, quiet place to ride out the apocalypse.

Writers/directors/brothers David and Alex Pastor tread some familiar territory here, but their even-handed approach and ear for authentic relationships make for an involving and ultimately moving horror. Character behaviors rarely challenge believability, and the performances suit characters who’ve been dealing with this problem and with each other longer than the audience is aware.

There’s a natural pull between Danny and Bobby: the desire to just survive and the dread of surviving alone, a reluctance to do the wrong thing and yet an even stronger reluctance to wind up the sole survivor.

Character relationships have a real lived-in quality, which gives the film an emotional heft you may not be ready for. Pine, in particular, excels in a role quite unlike those he’s more famous for.

The body horror is effective, but it’s not the real source of horror.

As in all outbreak/infestation/apocalyptic flicks from the earliest Romero to the upcoming Quiet Place 2, this film understands that desperate humans are at least as dangerous as the cause of the pandemic. Interestingly, run-ins with other survivors, both the good and the bad kind, are played in Carriers with a real mixture of terror and sympathy. It’s one of the many reasons that the film delivers a harder emotional punch than you might be expecting.