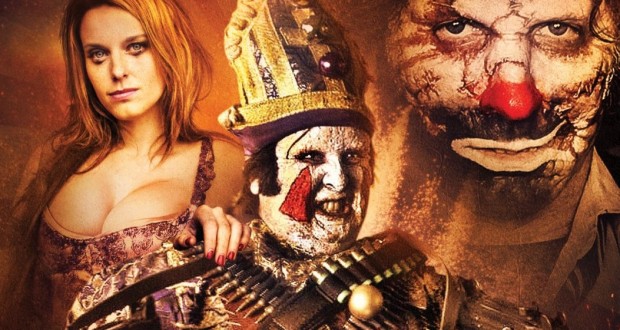 Iglesia’s direction slides from sublime, black and white surrealist history to something else entirely. Acts 2 and 3 evolve into something gloriously grotesque – a sideshow that mixes political metaphor with carnival nightmare.

Carlos Areces and Antonio de la Torre soar as the clowns at odds over the love of an acrobat (Carolina Bang, in another of the film’s wonderfully fresh performances). Areces’s tortured Sad Clown versus Torre’s sadistic Happy Clown – it’s a battle to the death in one of the more entertainingly garish political allegories in Spanish cinema.