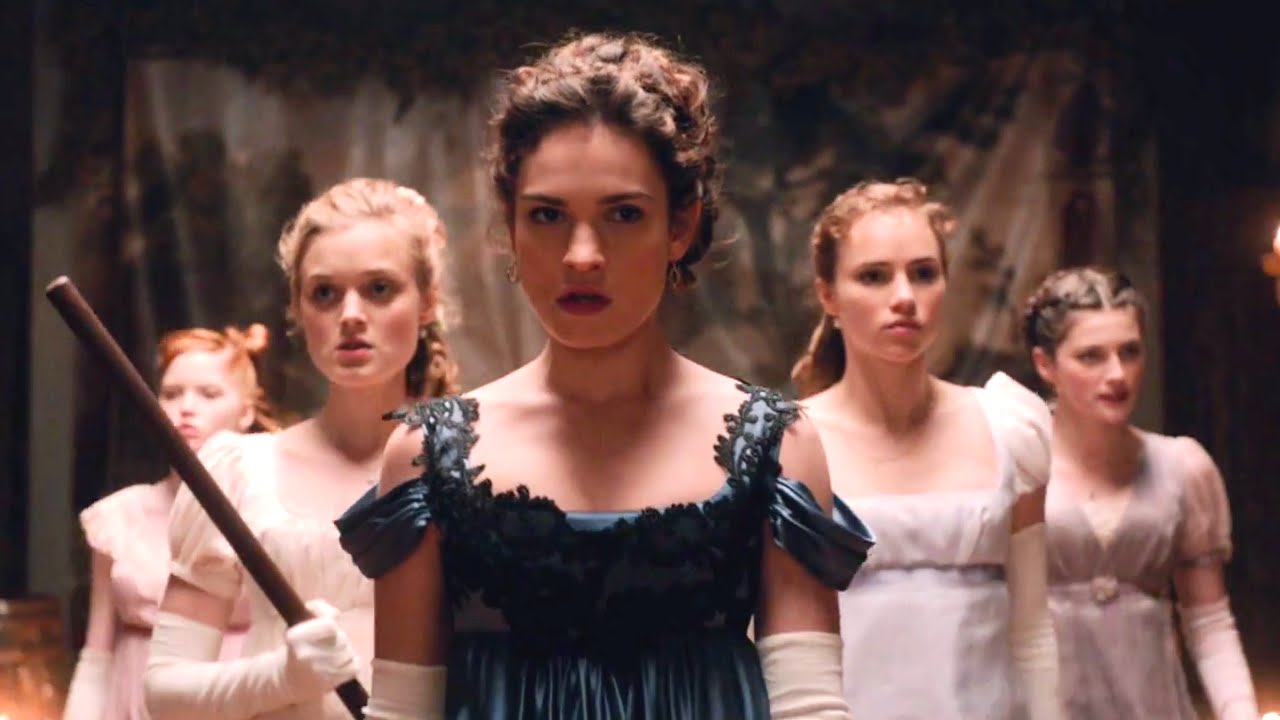 Pride and Prejudice and Zombies

Pride and Prejudice and Zombies – there’s not a lot of grey area there. If this is your bag – if you’ve always wanted to see Lizzie Bennet (Lily James) prove her inner badassedness with a katana to an undead skull – you can’t go entirely wrong here.

You will find all the old familiars: Mr. and Mrs. Bennet, their many marriageable daughters, the scoundrel Wickham (Jack Huston), the dashing Bingley (Douglas Booth), the haughty but lovestruck Darcy (Sam Riley). The main difference is England, which has been overrun by “unmentionables” for some years, making that foul weather trip from the Bennets’ to the Bingleys’ dangerous for more reasons than a simple flu bug.

In 2009, writer Seth Grahame-Smith found himself with a surprise success in his novel, co-written by Jane Austen (whose original text is firmly in the public domain). Given that someone adapts her novel for the screen about every 25 minutes, it is no surprise that Grahame-Smith’s version has made its way to the cinema. And just in time for Valentine’s Day!

I don’t say that ironically. Like Shaun of the Dead, Pride and Prejudice and Zombies would make a fine date movie for a very specific crowd.

Director Burr Steers keeps the violence mostly off screen and the blood to a relative minimum, preferring to focus on the heaving post-fight-scene bosom. Which, let’s be honest, gets tiresome. He’s probably more intrigued by the image of gorgeously appointed young unmarrieds who hide daggers in their garters than he should be – these are the Bennet girls, for God’s sake – and herein lies the problem.

Burr seems unclear on the film’s audience. He’s unsure just how much action to pack into an Austen narrative, fuzzy on the amount of blood that’s appropriate to the tale, blurry on the balance of levity versus seriousness versus gore.

Lucky for him, this is a very proven story of delayed gratification and all the longing that accompanies it. Plus, zombies. It’s hard to go wrong here, and for the most part, PPZ doesn’t go too wrong. It’s an entertaining if uninspired retelling of a retelling of a tale you’ve heard, read, and seen a dozen times. But this time, Lizzy Bennet’s packing heat, which just seems right.