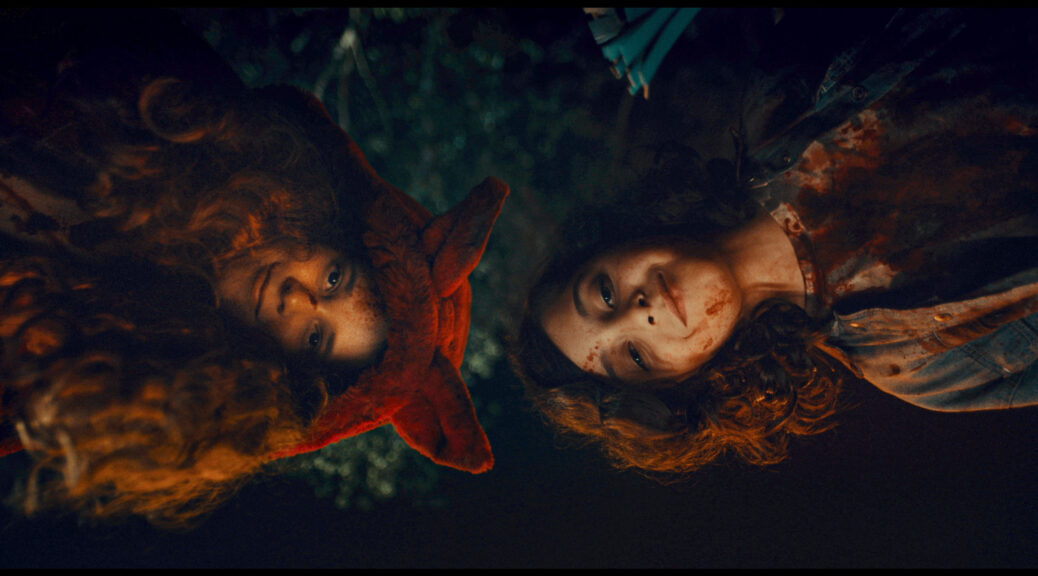 There’s Something Wrong with the Children

There are things about There’s Something Wrong with the Children that feel familiar. It’s a cabin-in-the-woods horror film, sure, but director Roxanne Benjamin complicates those tiresome tropes because the forest partiers are a little older than your typical co-eds.

The film drops us somewhere near the end of the first night of vacation. Ben (Zach Gilford) and Margo (Alisha Wainwright) are spending the weekend in adjoining cabins with Margo’s best friend, Ellie (Amanda Crew), and her husband and two kids.

There’s a camaraderie as well as a distance among all partiers that feels authentic. Ellie drinks a great deal for a parent whose kids are on-hand. Ben seems more comfortable playing nerdy forest games with the kids than he does hanging out with the adults. Ellie’s husband Thomas (Carlos Santos) is clearly upset with his wife about something.

And then Ben drags everyone on a forest hike that requires a machete to complete. They stumble upon a ruin with a deep, deep well. Everybody gets a little weird, the children’s noses spontaneously bleed, and the campers decide to retire to their cabins.

The kids – as you might predict from the title – are no longer fine.

The entire cast is solid. Even when the film wades into too-familiar territory, the actors elevate the material with realistic and reasonable performances. Both David Mattie and Briella Guiza as the children in question evolve beautifully from precocious youngsters to something terrifying yet still playful.

I appreciate the way Benjamin dwells in that fun-and-games space where adults do childish things, where dangerous behavior can masquerade as playfulness. She draws you into a supernatural world that feels whisper close to reality.

The most intriguing thing about this film is its stance on motherhood. As much as I enjoyed M3GAN, its mom-shaming got to me. Horror (and not only horror) has a terrible habit of developing storylines meant to prove to women that they do, indeed, have a maternal instinct. And woe be to those women who simply do not.

Benjamin, focusing a script by T.J. Cimfel and David White, instead explores the tension involved in simply owning your own decision not to become a mother. Indeed, There’s Something Wrong with the Children wholly approves of this choice. Makes a great case for it, even.