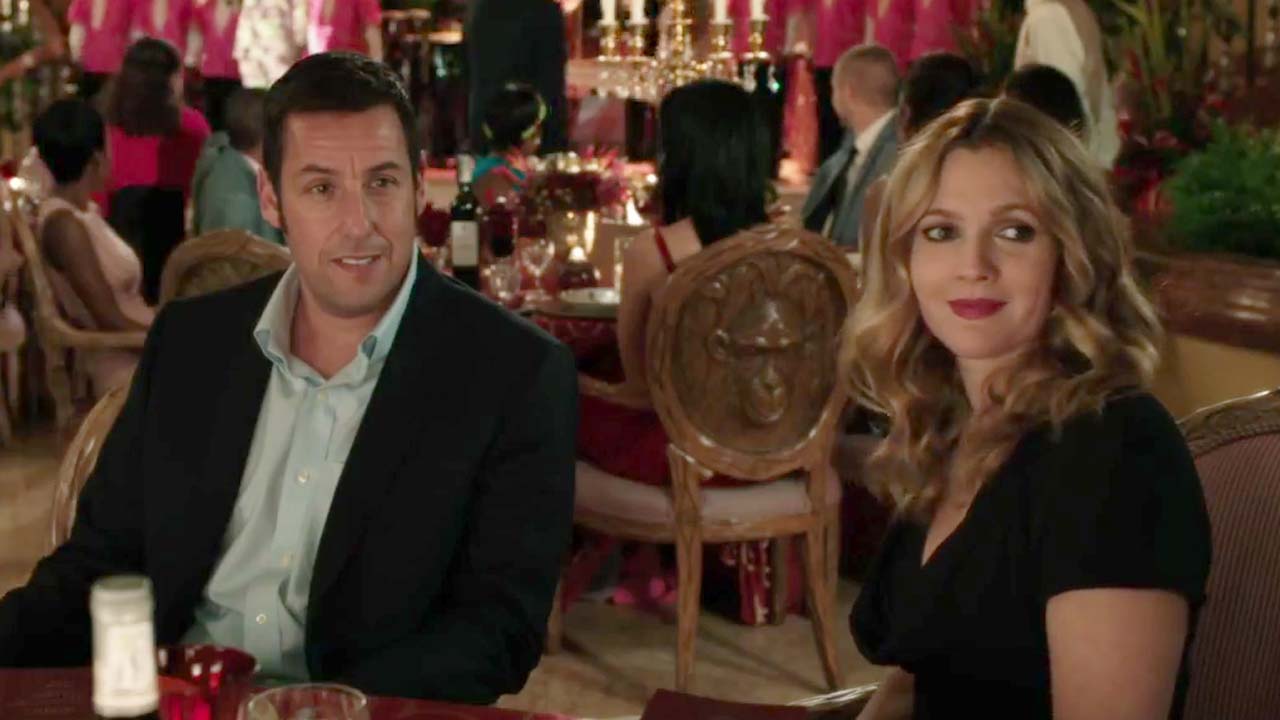 In 1998, Adam Sandler, Drew Barrymore and director Frank Coraci made The Wedding Singer, one of Sandler’s more charming comedies. While Barrymore’s meandering career path has had its hits and misses since then, Coraci’s films have gotten progressively worse. Meanwhile, Sandler’s produced two Grown Ups installments, Jack and Jill, and That’s My Boy, among other affronts to both cinema and good taste.

Can a reunion with the romantic lead and creative drive behind an earlier, moderately enjoyable film rekindle enough chemistry to craft another passably entertaining flick?

The group reunites for Blended, an impossibly contrived mash-up of The Parent Trap and Sandler’s 2011 debacle Just Go With It.

Sandler plays Jim, the schlubby but loving widowed father of three girls. Barrymore is Lauren, divorced mom to two boys. As the film opens, Jim and Lauren are on a blind date. They do not like each other at all.

I know – where could this possibly be going?

Do you suppose Jim’s daughters need a make-over…er…I mean mother?

And what about Lauren’s boys? Who will teach them to hit a baseball?

But wait! What if both families wind up accidentally sharing a suite in a South African resort – and during that resort’s Blended Families Celebration?

Do you believe in magic?

If you look beyond the ludicrous premise, and the themes that were relevant in the Seventies, and if you’re not too bothered by the mildly racist depictions of the hotel staff…all right, it’s no gem, but it’s no Jack and Jill, either.

Perhaps more importantly, there are no cameos from David Spade, Kevin James or Rob Schneider, so we can at least be thankful for small mercies.

You won’t laugh, but you might offer an anemic chuckle here and there. The film’s heart seems to be in the right place, more or less.

Seriously, did you see Jack and Jill? It’s really hard not to be grateful for Blended.