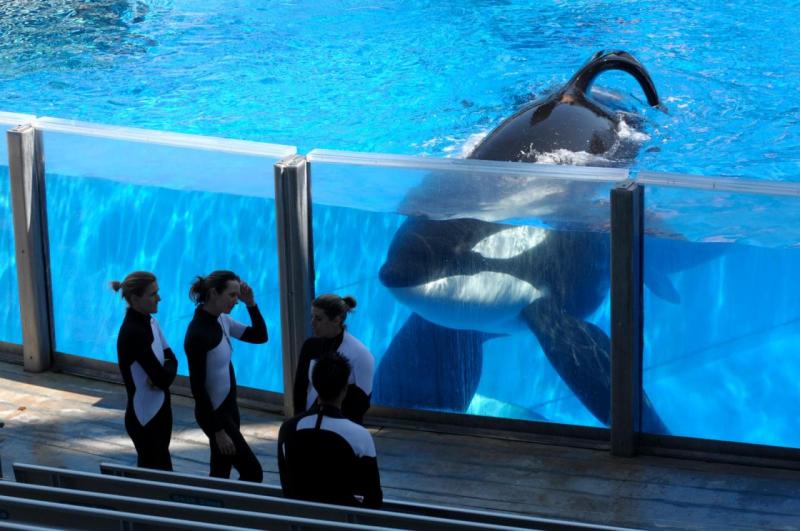 If a trip to Sea World is still on your late summer agenda, Blackfish will most likely make you reconsider.

That’s not meant to be flippant. Director Gabriela Cowperthwaite has constructed a searing indictment against keeping killer whales captive for human amusement. She has an agenda, and she’s damn effective at getting it across.

She bases the film around Tilikum, a trained whale currently at Sea World in Orlando that has been responsible for three fatalities. Cowperthwaite is able to trace “Tilly”’s history back to the day he was first taken from his mother in the wild, a memory that still evokes tears from at least one man who was involved in the capture.

Interviews with former trainers, whale researchers and animal rights activists, along with a hefty amount of video from marine amusement parks, paint a picture with precious little gray area. Though no one from Sea World agreed to participate, it becomes increasingly hard to imagine any solid rebuttal.

Blackfish makes it clear that holding killer whales in captivity should be doubly offensive. A cruel practice against a highly intelligent and emotional species, it also poses a very real threat to humans, a threat that has been downplayed for years.

That threat made headlines in 2010 after the gruesome death of a star trainer. A resulting court case brought new restrictions for whale interaction (which Sea World is currently appealing).

One viewing of Blackfish, and it’s case closed.