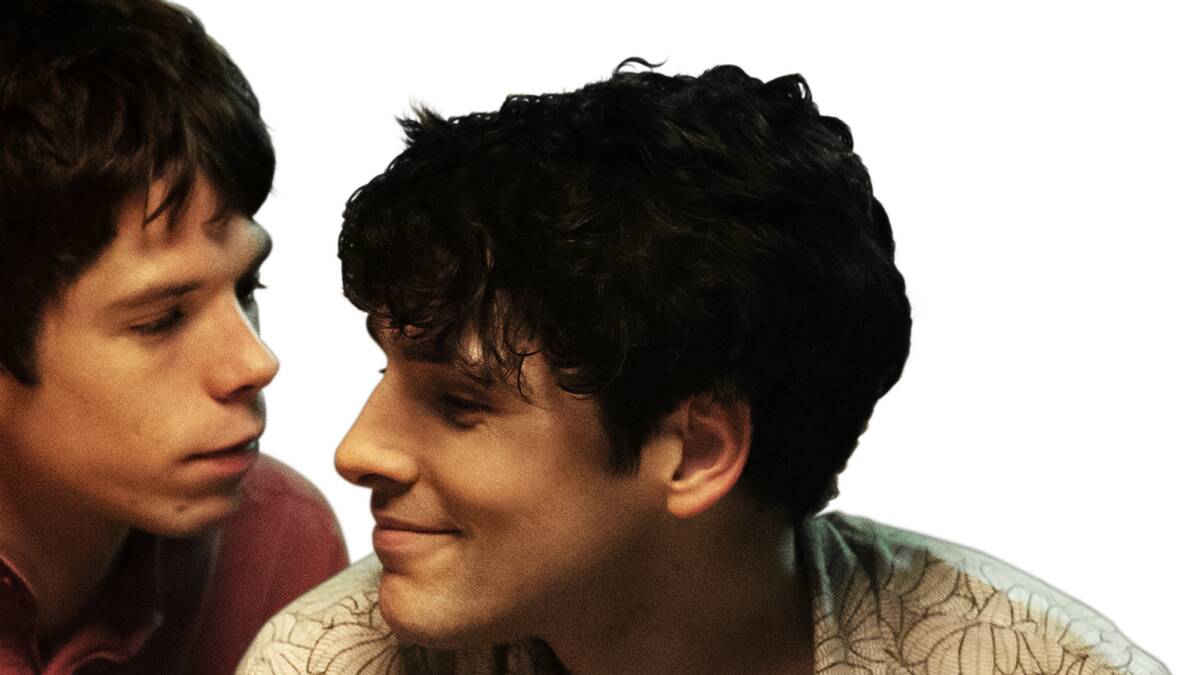 Benjamin is one of the most uniquely brilliant indie films I’ve come across in some time. It’s a film that could have easily been yet another Woody Allen clone, yet another romp where a director shares his thoughts on love, nervous breakdowns, and how cool and complex he is just before the film cuts to credits. Benjamin is something much more.

While the core of the film seems born from director Simon Amstell’s autobiography, what really makes it stand out is the duet Amstell has with his star. Colin Morgan’s lightning fast delivery and realistic portrayal of Benjamin, a young gay man who endlessly gets in his own way, makes the film more than just a mouth piece for a director, but a unique character study.

Benjamin is a filmmaker who recently failed to live up to the promise of his debut movie. In the aftermath, he falls in love with a beautiful French musician named Noah, but their relationship is constantly threatened by Benjamin’s increasingly erratic mental state.

In less capable hands such a plot would make for a rather unoriginal film, but here, the events that unfold feel realistically random and unpredictable. Plot points begin, end abruptly, and then pick back up all over again in surprising ways that create a true to life experience. Even the minor characters are fleshed out yet mysterious, creating unique human beings rather than lazy stereotypes.

The film’s fast paced, dark humor is never contrived or pretentious. Amstell’s incredible ear for dialogue coupled with Morgan’s gift for delivery feels like a comedic team at the top of its game.

Though far more lovable, Morgan’s portrayal of an erratic, untrustworthy protagonist calls to mind David Thewlis’s darkly genius incarnation of Johnny in Mike Leigh’s Naked. Indeed, Benjamin seems to have much in common with Leigh’s everyday dramas in the attempt to flesh out believable characters rather than convey easy moral judgements.

It is an aching portrayal of a person who seems either on the brink of transformation or immolation. Benjamin is a cry for the mind to just shut up for once, and let the heart take the wheel for a change.