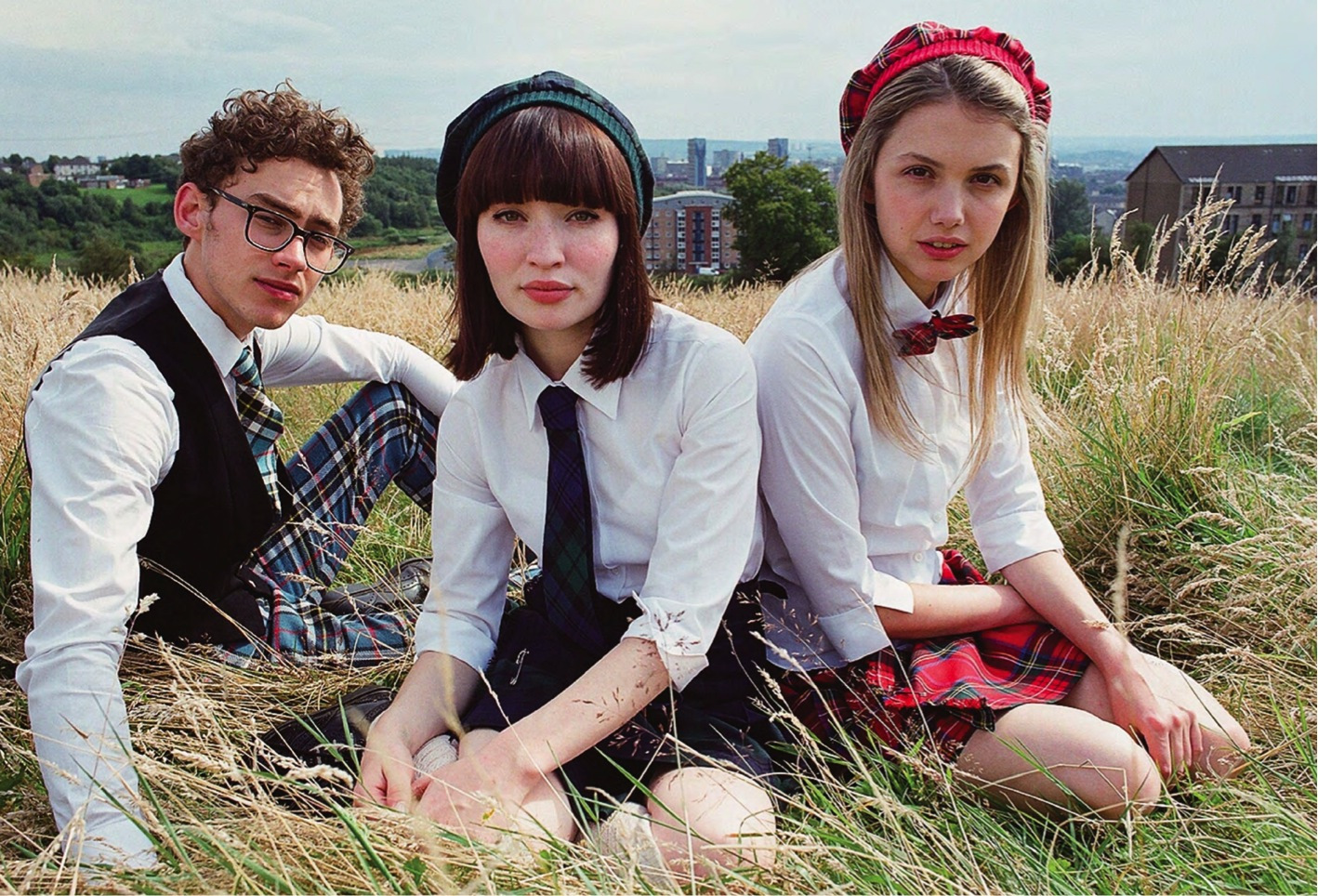 A unique take on the movie musical, Stuart Murdock’s God Help the Girl pulls you into the wistful world of Eve (Emily Browning), a damaged young girl whose talent may be her own salvation.

The Belle and Sebastian frontman wrote and directed the quirky drama with the kind of thoughtful flair he brings to his own music. Eve, a singer/songwriter with her own singular artistic vision, struggles to find her place and express her voice in the world. She falls in with fellow musician and delicate soul James (Olly Alexander).

It’s a coming of age tale layered with mental illness, artistic integrity, nonconformity, and a nostalgia for Sixties pop.

Murdock makes some interesting choices early in the film, experimenting with form while charming with this fantasy of hip youngsters in impossibly smashing outfits living their rock and roll dreams. He wisely edges their fanciful days with an uglier, forever threatening reality, giving the tale a melancholy aftertaste that fits the music.

Unfortunately, he doesn’t see his more interesting experiments through. He throws a lot of appealing ideas at the screen – Eve narrating her escape from the institution in a mischievous song, for instance – but drops them as quickly as he brings them up. Rather than a fantastical musical, it becomes a straight drama about starting a band, which loses the charm and forces you to notice the film’s weakness in scripting and acting.

Browning poses well; her acting, though, is not so strong. Alexander, on the other hand, brings something unique but recognizable to the role of the quietly smitten bandmate. And while their delightful adventures can be enjoyable to watch, the film eventually collapses under the weight of its own whimsy.

Murdock and company haven’t built a strong enough foundation for all the froth, leaving you with a film that tries to be provocative and meaningful but winds up settling for adorable.