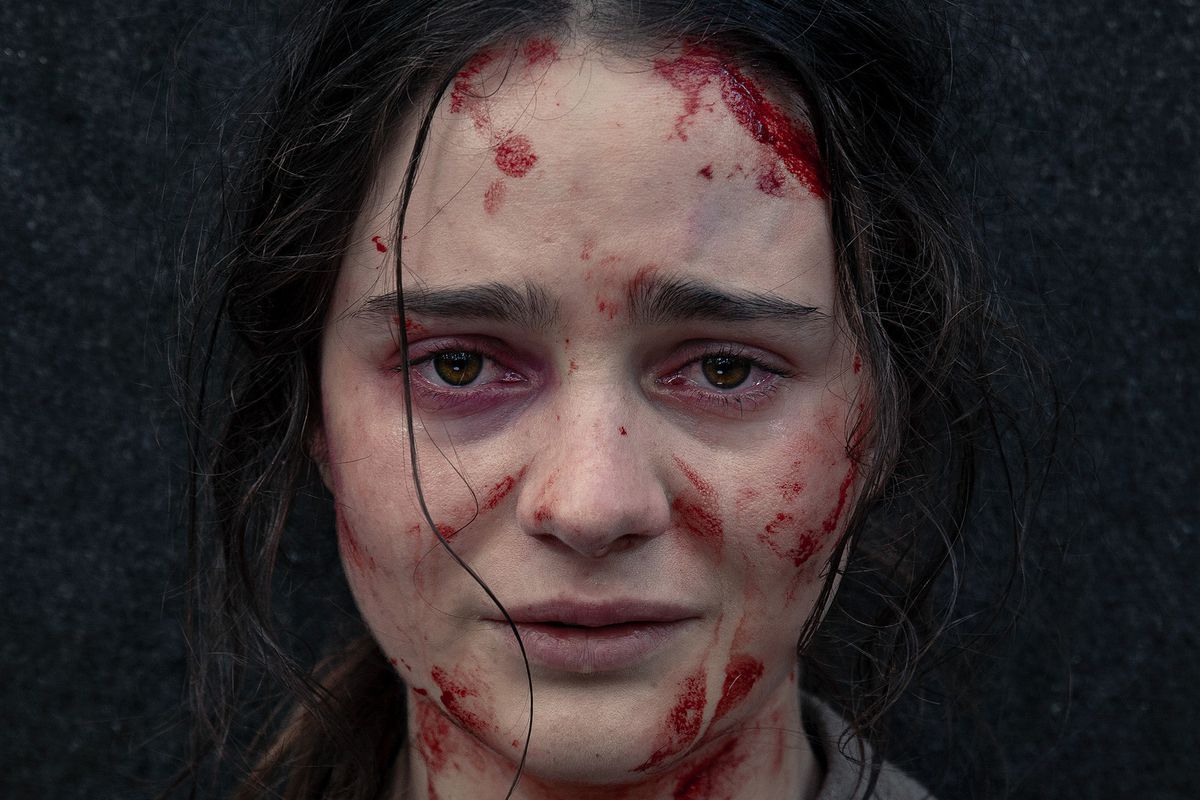 There is a moment in George Miller’s 2015 action masterpiece Mad Max: Fury Road. The empty bridal chamber is revealed quickly. Scrawled on the wall: Who killed the world?

It occurred to me partway through Jennifer Kent’s sophomore feature The Nightingale that Miller isn’t the only Aussie director with that question on the mind.

As Clare enlists the aid of Aboriginal tracker Billie (Baykali Ganambarr, magnificent) to help her exact justice, Kent begins to broaden her focus. Those of us in the audience can immediately understand Clare’s mission because we witnessed her trauma in its horrifying detail. Kent needed us to recognize what British military men were capable of.

What she wants us to see is that the same thing—the worst, almost imaginable brutality—happened to an entire Australian population.

In the second act, Clare—on a higher social rung than her tracker, and just as condescending and racist as that position allows—and Billy begin to bond over shared experience. Franciosi’s fierce performance drives the film, but Ganambarr injects a peculiar humor and heart that makes The Nightingale even more devastating.

Her tale becomes far more than an indictment of colonization, white male privilege, domination and subjugation. It’s a harrowing and brilliant tale of horror. It’s also our history.