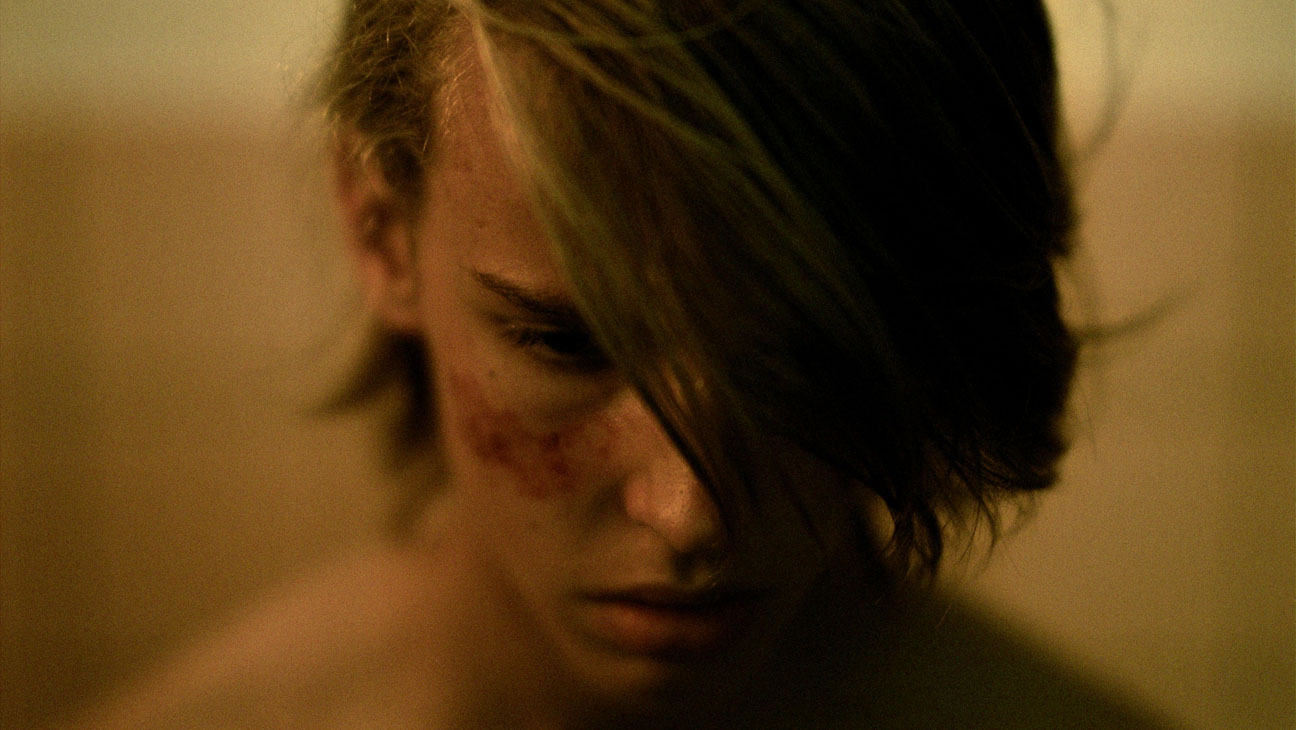 If you’re looking for a light hearted, talky romp, Bas Devos’s Violet is not for you. If, on the other hand, you’d like to see a thoughtfully delivered meditation on grief – and who doesn’t? – seriously, you should give this film a chance.

At thirteen minutes into the film, I’d yet to hear 20 words of dialog. But the sounds are hypnotic. It might be the click and whir of office machinery as the screen itself contains CCTV footage from mall security, capturing without notice the stabbing death of a teenage boy.

Or it could be the clatter of BMX bike wheels as Jesse (Cesar De Sutter) tries to resume normal life with his buddies after surviving the attack that ended his friend Jonas’s life.

Maybe it’s the airplanes overhead, the rain on awnings, or the sudden explosion of noise about 42 minutes in as Jesse and his friends attend the very heavy Deafheaven concert.

Whatever you’re hearing, it’s not an explanation of what happened, not details about how Jesse is coping. Devos has confidence that you can suss that out without hand holding.

His dreamlike work, often recalling Gus Van Sant, sits with mourning. The delayed reaction, the inability to focus, the hypersensitivity and numbness that collide. Why didn’t Jesse do anything to help Jonas?

It’s a question you can see on Jesse’s father’s face, on the faces of townies. With barely a word spoken, Devos offers insight into disappointment, masculinity, shock and the awkward, undramatic reality of day to day grief.

It’s a lovely effort, heavy with symbolism (sometimes too heavy). Devos is as confident with his visual storytelling as he is with sound design. Little touches – blue handlebars and peddles that match a BMX tee shirt, two dogs tearing at a trash bag on a corner – lead up to a quiet climax that matches symbol with reality in one overwhelming, terrifying and beautiful close.

It’s as insightful and respectful a representation of trauma and grief as you’ll find, but don’t expect tidy explanations or epiphanies. Devos is as patient with his subject as the theme requires.