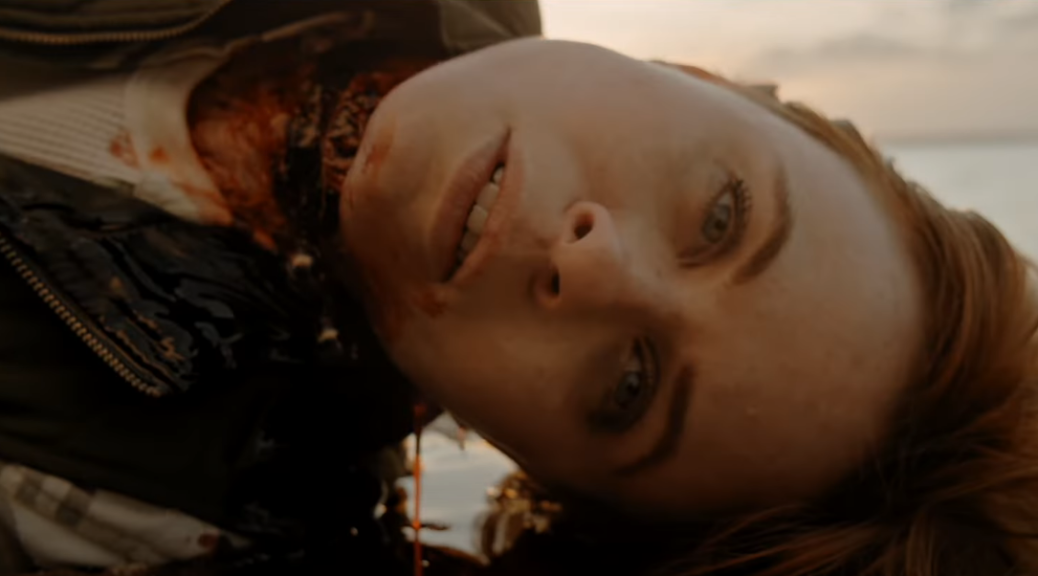 Bobby (Michael Reed) and Jules (Augie Duke) are trying to work through some issues, so they visit the quaint island of Bog Grove for a relaxing vacation. What the couple doesn’t know is that their visit to the island falls on the anniversary of a traumatic, unsolved murder. Because of this, the ferry service doesn’t run, and they’re stuck – or so they’re informed by the nosy, odd proprietor for the inn where they’re staying.

A slow opening that follows the couple exploring Bog Grove, its tourist shops and oddball residents, doesn’t take advantage of the opportunity to build tension. When the tragedy occurs, it comes as a relief rather than a shock.

Soon, Bobby descends into a nightmare he must relive over and over. Being forced to relive the day alongside Bobby is a horror in itself.

No one else experiences the loop, so we get to see Duke in a range of roles: some days she wishes could last forever, others see her trying to rein in an increasingly unstable boyfriend. Reed, on the other hand, is stuck playing a man who doesn’t seem to know how to handle himself each day. Every time the crucial event occurs, he seems constantly taken by surprise.

The cast of locals has little to do, often repeating lines from previous loops. They fill mostly stereotypical roles: small-town friendly and welcoming or weirdly creepy. There isn’t middle ground, and it makes for uninteresting characters.

Rather than differentiate itself from similar time loop films through storytelling, 6:45 instead focuses on camerawork and distracting split screens. Anywhere from four to six screens will litter the frame, some focusing on banal details, others on more interesting visuals. Days are relegated to montages,

Flashbacks detailing the couple’s history sometimes punctuate the flashbacks. It’s here that Singer cleverly injects moments that help us understand why the couple has been fighting. It’s clear that the fight revolves around infidelity, but these fleeting moments offer hints of violence, which reveals something more sinister.

The film does take an interesting turn, but it comes too little, too late. It also fumbles any message it’s trying to get across. Instead of offering a strong look at a troublesome relationship, it embraces shock over commentary. In the end, we’re not shown anything new or astute.