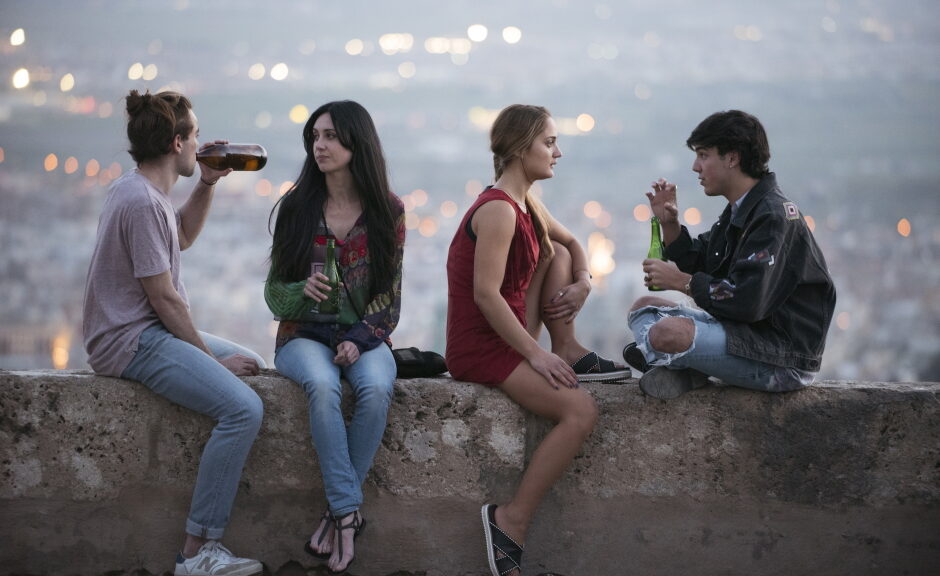 Summer in Europe – a classic setting for romantic rendezvous, self-discovery, the natural habit of the hopeless romantic – and the perfect backdrop for a quarter-life crisis?

Abid Khan, writer/editor/director, chooses Grenada, Spain as the romantic backdrop to his debut work Grenada Nights. It’s a film exploring the journey that is self-discovery and what it means to belong to something in the trenches of existentialism – better known as a person’s early twenties.

The first act of Grenada Nights is very emotionally engaging, due in large part to the sympathetic turn of the film’s lead, Antonio Aakeel. Aakeel portrays Ben, an aimless, hopeless romantic, with such sincerity you can’t help but root for him.

The film takes a tonal shift to a brighter side when Ben meets a group of students at the local university (Oscar Casas, Julius Fleischanderl, Laura Frederico) who challenge his perspective and encourage him to learn how to stand on his own two feet.

However, it is at this turning point in the film when the narrative becomes somewhat choppy with jumps in time that are not well connected. Which left me asking myself, “Did I miss a scene?”

This disjointed nature coupled with the conventional method in which the film is crafted, especially in the second act, made it difficult for me to fully connect.

Thankfully, with the help of a much-needed montage, endearing performances by everyone in the cast, and universal themes, the film recovers and finishes with much more fluidity. Thus, allowing for an emotionally and thematically impactful ending.

Grenada Nights was overall successful in illustrating the journey of a young man finding himself and a community in a complex world with unpredictable human beings.