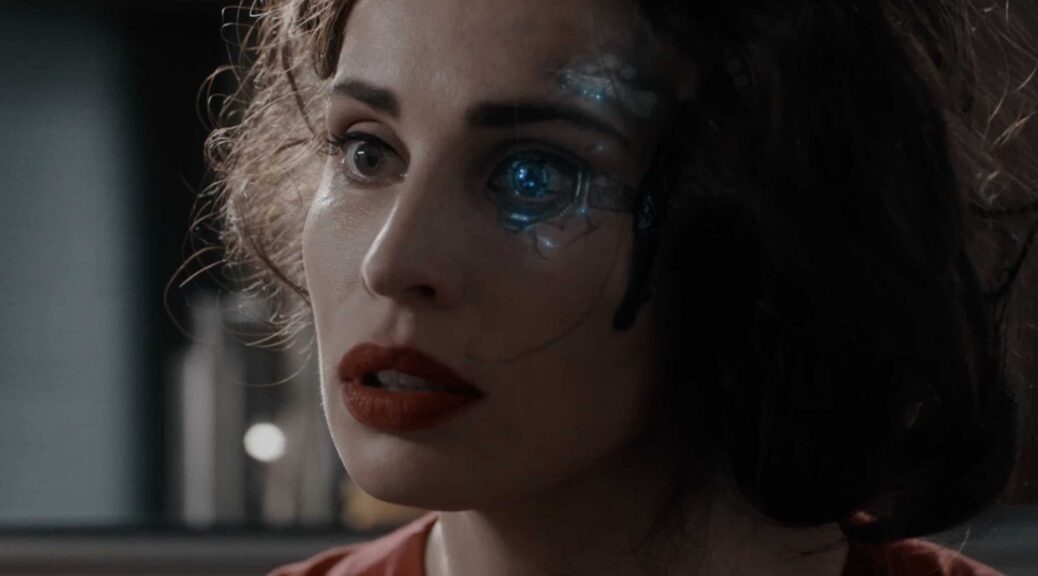 Blank, the freshman feature from director Natalie Kennedy, follows successful author Claire Rivers (Rachel Shelley) as she struggles through a nearly debilitating spout of writer’s block. More desperate to appease her publishers than unlock her unwritten story, Claire enrolls in an AI-controlled retreat.

Here, Claire’s every concern that is not creatively driven is managed by her two AI helpers, Henry (Wayne Brady) and Rita (Heida Reed). After a system failure leaves her assistants less than primed to assist, Claire’s writer’s block turns from a professional detriment to a nearly fatal flaw.

The film is immediately and consistently enthralling from a visual perspective. Kennedy and cinematographer James Oldham are determined to not fall into the dull, gray color pallets plaguing the 2010s/2020’s horror and thriller genre. While their palettes reflect the somber and intensive mood, they stay original and fresh – never allowing the eye to grow weary with dreaded slate monotony.

Even when the script begins to fail the visuals remain interesting, sometimes dragging the narrative by the arm to keep up with audience expectations. This tactic succeeds. Even if you rack your brains post-film to recall the midsection of the narrative, the mood created by these stunning visuals sticks out.

The story has a tendency to stumble over its ambition. Starting off with a solid swing, Blank engrosses with its interesting and eerie world right off the bat.

However, the meat of Stephen Herman’s script relies less on story than on thriller tropes: repetition, unsettling visuals, eerie background narrative. That is not to say Blank ceases to enthrall. Instead, the interest shifts to a confused unease, only to be resolved at the dramatic and anxiety-inducing climax.

Kennedy gets hung up on some clunky metaphors. Rita, Claire’s personal AI assistant, takes on a traditional 1950s housewife style. Her compliance and eventual resolution mirror obvious calls for morality in human-created intelligence. While it makes sense for Kennedy to approach this ethical dilemma, the lack of subtlety tarnishes the message.

As most writers can attest, a bad case of writer’s block can leave you begging for an escape. Blank creatively and (most important) intriguingly shows why reopening your laptop and continuing your story may be the best choice.