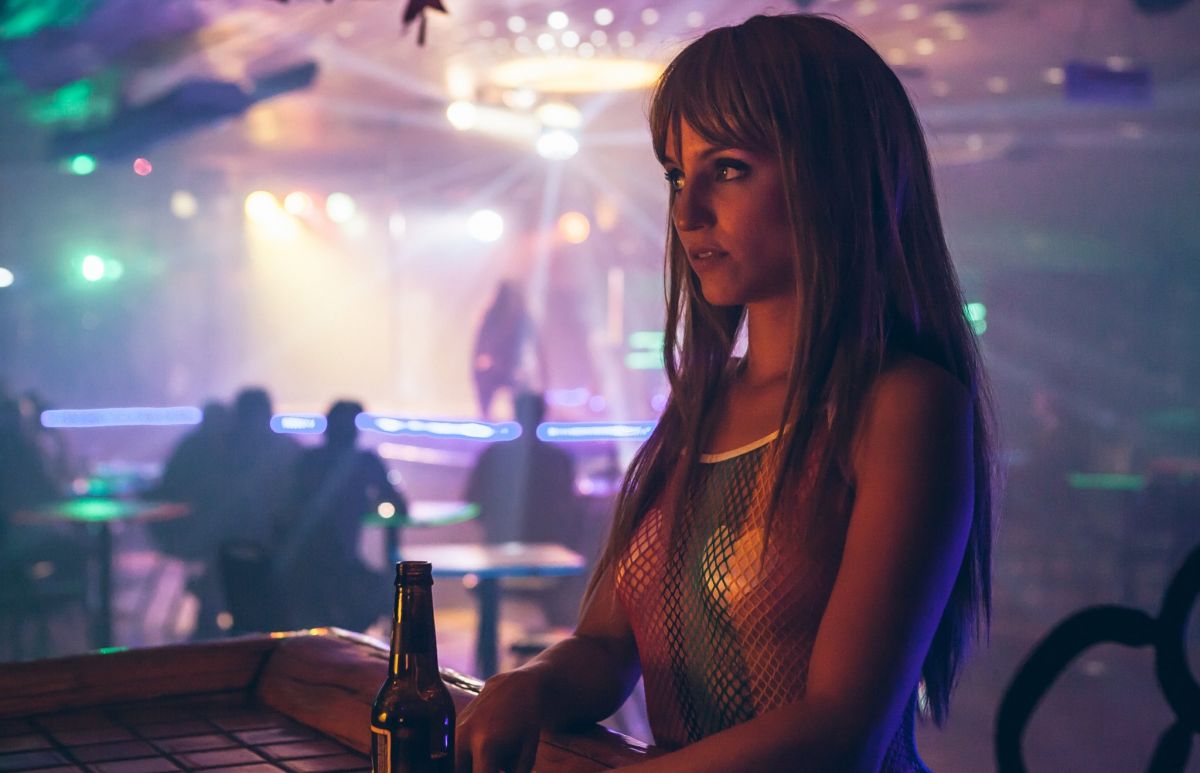 Bare has the elements to be a great film. It’s a story of a woman, Sarah. Feeling restless and lost in small town Nevada, she is taken under the wing of a drifter, Pepper, who opens her up to new experiences and new feelings. Sarah is a relatable, empathetic character. While the story isn’t entirely original, interpretations of old tales can be great if the right pieces are in place. Unfortunately, the elements simply don’t come together in a satisfying way in Bare.

The crux of the film is the relationship between Sarah (Dianna Argon), our restless protagonist, and Pepper (Paz de la Huerta), the wanderer who stumbles into Sarah’s hum drum life. The major problem is that Pepper is not an appealing character. It’s hard to understand what Sarah finds interesting about her when she first meets Pepper crashed out on a couch in her father’s antique store. When Sarah tells Pepper she can continue to stay, the audience is left wondering why Sarah would want to be around this woman who can barely string together a coherent sentence. While writer/director Natalie Leite might be trying to create a realistic character with Pepper, she fails to find the appeal the character would have for Sarah.

Dianna Argon brings her best game to Bare, but she is restricted by a script that doesn’t develop a realistic relationship between Pepper and Sarah. The characters do drugs together, visit Reno together, and Pepper introduces Sarah to the strip club where she works, but they never share a truly meaningful conversation on screen. There are mentions of conversations the characters have shared, but without seeing them, the relationship never develops beyond two acquaintances who do drugs together.

Paz de la Huerta’s interpretation of Pepper is interesting, but not in a good or compelling way. At times, it seems Pepper is mentally handicapped, perhaps a side effect of all the drugs she’s taken. Anyone sober would not want to spend that much time with Pepper, no matter how dissatisfied one is with their life.

There is some beauty in the film. The cinematography is at times lovely, even within the confines of a strip club, with all the gritty seediness still intact. The desert shots convey the vast emptiness of the landscape and plays nicely on the emptiness within Sarah.

It is unfortunate that the film doesn’t have much to offer between a few great shots and one great actor.