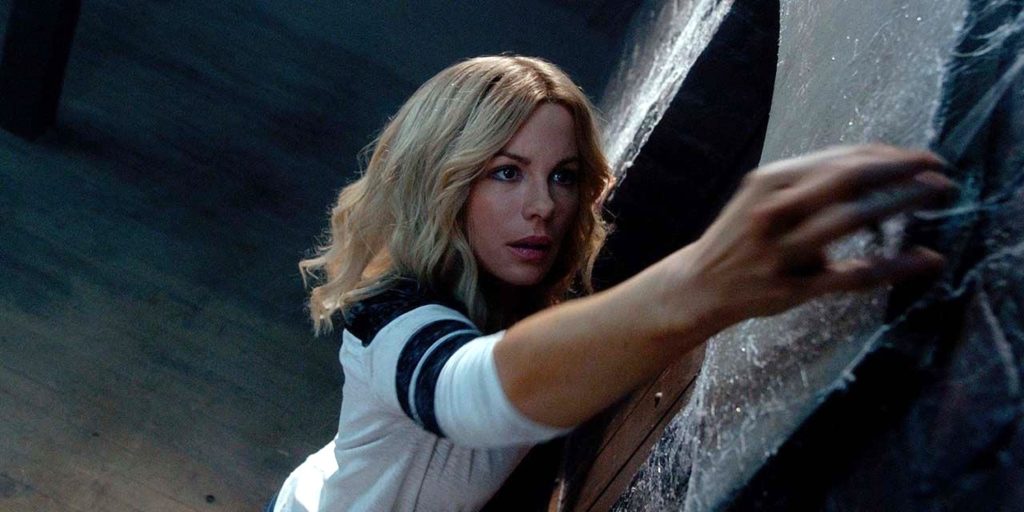 What’s in The Disappointments Room? Is it a monkey?

Nope. The room is as good as its name.

Kate Beckinsale is the damaged woman who may or may not be imagining ghosts in her new home – a rambling, crumbling old estate that has at least 70 rooms too many for her family of 3. But they moved from Brooklyn to this isolated, overgrown, creepy mansion for a fresh start.

And do you know why? Because that is the most clichéd way you could possibly begin a ghost story.

Beckinsale’s Dana begins to believe there’s something amiss in her new digs when she uncovers a secret room in the attic and the door slams behind her! Plus, a cat! And a dog!! Or are all these domesticated animals and secret rooms the fault of those prescription pills she keeps eyeballing in her medicine cabinet – but not taking! Those are prescription drugs. I bet she needs those.

Luckily there’s a woman in town working in some sort of historical society who happens to have a file handy on the old Blacker home because, you know, lazy writing.

Beckinsale struck gold earlier this year with Whit Stillman’s Love & Friendship. Blessed with maybe the best role of her career, she outshone an already impressive cast and displayed her wicked sense of humor we haven’t seen since Cold Comfort Farm.

You’ll see precious little of that here. On the whole she handles the film well, although the emotional climax is beyond her. It’s even farther beyond Mel Raido, who plays Dana’s well-meaning dumbass of a husband, David.

The film was co-written by Wenworth Miller, the Prison Break actor who also penned one of the most interesting inverted serial killer films in recent memory, Chan Wook-Park’s Stoker. Where is all that nuance, subversion, originality? It’s somewhere else. It is not here.

There’s nothing seriously wrong with The Disappointments Room, but there is not a single new idea or interesting twist on an old trope. No, this is exactly the same movie you’ve seen at least a dozen times, handled this time around with nothing to distinguish itself, no flair, no pizazz, and not nearly enough scares to keep your attention.