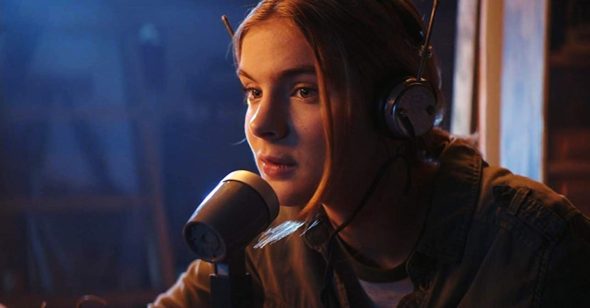 See the solution, not the problem.

That’s the mantra young Reese (Brighton Sharbino) repeats as she tries to find her way free of an ultra-realistic virtual reality exercise. Back at home, with her multiple screens in front of her, she has a tough time getting that game out of her head, even when her dad (Dominic Monaghan) calls her down for burgers on the dinner table and vinyl on the turntable .

Radioflash is the latest in a tedious line of films to point out that we—our youngsters, in particular—are dangerously reliant on technology, to the point that they barely know how to live day to day in the real world. I mean, what would Reese do if a nuclear pulse took out the power in half the country?

Being solution oriented, she heads to Grampa’s (Will Patton) shed. As luck would have it, the first book she grabs falls open to the page defining a radioflash. And though there’s no reason on earth to believe this is anything other than a garden variety black out, Reese somehow intuits 1) it is, indeed, a radioflash, and 2) how to get Grampy’s old CB radio up and running via a car battery.

This is not a film that has a high opinion of  humanity. Sure, neither did Cormac McCarthy, but I think he saw civilization surviving more than a single day before his post-apocalyptic nightmare The Road had us eating each other. Not so, writer/director Ben McPherson. Outright cannibalism may be a few days off, but inside of 24 hours he expects to see looting, murder, kidnapping and worse.

“Only two kinds of mountain people,” says wizened and doomed good Samaritan Farmer Glenn. “Those chasing a dream, and those that’s being chased.”

Guess whose hands solution-oriented Reese falls into? Here’s an actual piece of dialog, to help you decide.

“Ain’t no finer meat than bear.”

Yes, Reese finds herself with the meanest lot of white trash this side of Wrong Turn.

But Radioflash is not a horror movie. (It’s not a Clash song, either, but damn if I can get that tune out of my head.) It’s a lazy hero’s quest adventure flick where the hero learns little and isn’t given much chance to become a hero.