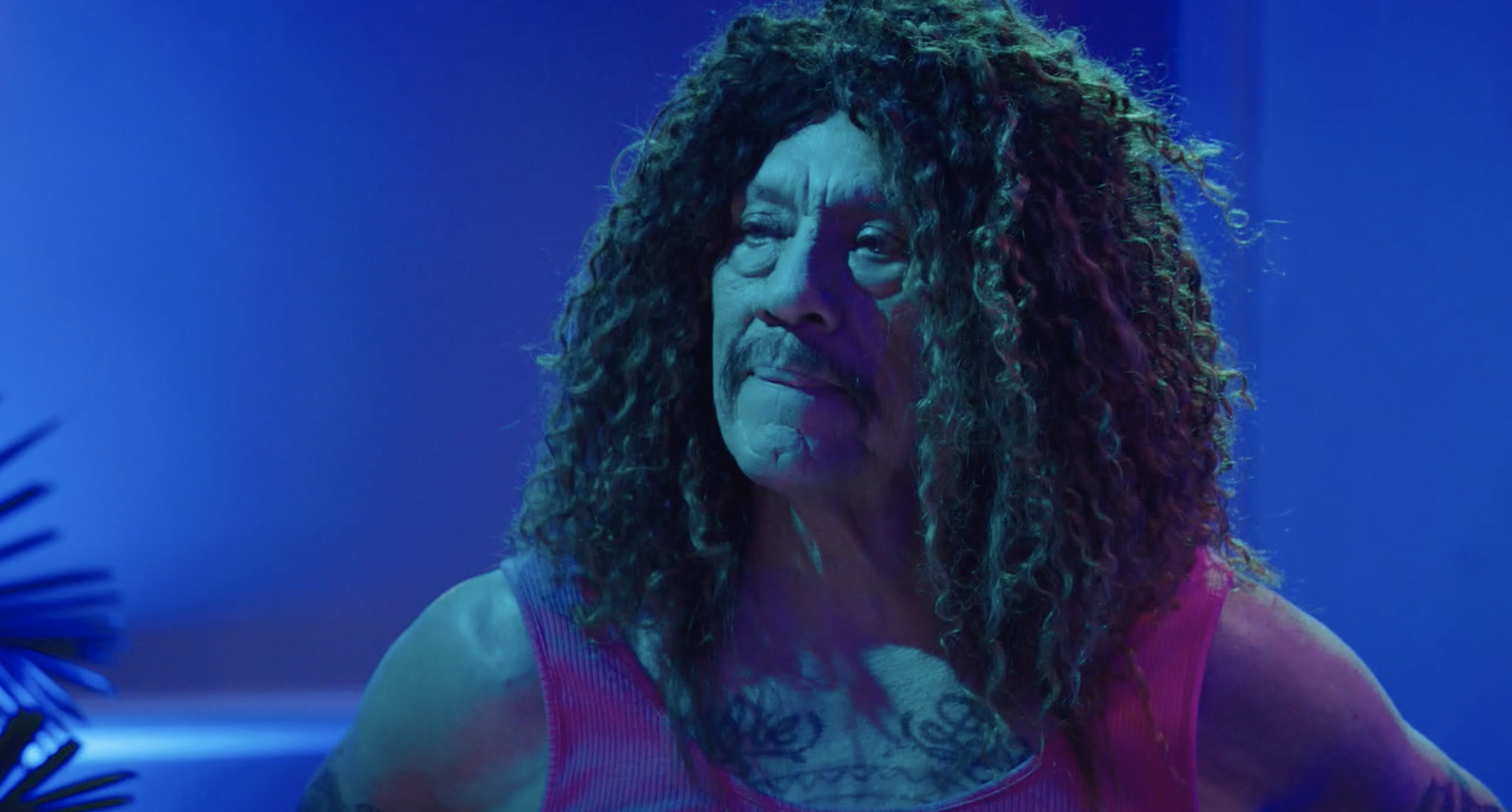 Ostensibly a found footage VHS cassette, this cinematic gem depicts a 1998 Oscar Night-themed party for Donny (Steele Stebbins) – It’s the The First-Annual Donny Awards! – shot and edited by a hired videographer. There are a few nods to 90s culture that might make the olds smile (remember giant cell phones, pop-up video, the Whassup commercial?).

But writer/director Jonathan Kaufman’s film’s raison d’etre is a celebration of the random, repellant, and pubescent that transcends decade. And like the lukewarm buffet offerings at a reception, it offers a variety of things, none of them particularly done well. You want butt chugging? It’s got it. You want small dick jokes? There’re plenty of  ‘em. Recurrent vomiting? No problem. Tits? There is a pair.

The wooden acting, sometimes bizarre plotting, and sound design reminiscent of ASMR performed by a hot dog and a jar full of lubricant, isn’t quite terrible enough to elevate Jonathan Kaufman’s film to the level of a masterpiece of BAD MOVIEDOM like The Room. But I imagine that with the right people watching it and the appropriate amount of brain cells murdered beforehand, this thing could be fun to watch.

Oh, and I guess Danny Trejo is in it for a little while?

One thought on “Things that Make You Go Hmmm”