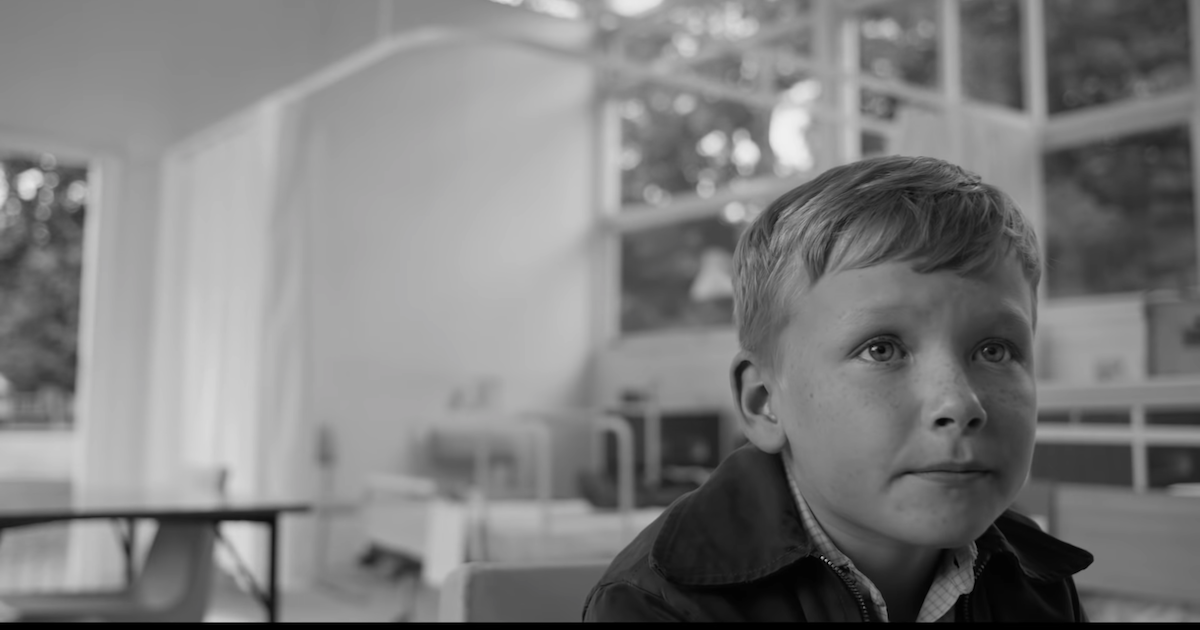 As an actor, Kenneth Branagh can be very ALL CAPS. As a director, he’s harder to pin down. The one thing you can point to, whether his directorial efforts work or do not, is that they are theatrical.

I mean that in a good way, usually. For his latest, the bittersweetly semi-autobiographical Belfast, I mean it in a good way specifically.

Branagh has yet to make a film with such precise visual purpose or style. Every black and white frame, every movement or lack of movement from the camera carries the vision of the film. Belfast is a man’s reminiscence of his own childhood, informed by the movies and songs that bleed together with memory and saturated in the wonder of youth.

Set the whole thing to a steady beat of Van Morrison tunes (natch!), and just listen to those pipes start calling.

It is sentimental. It is nostalgic. It is unapologetically sincere. But by taking the perspective of a 9-year-old boy trying to make sense of a suddenly and profoundly confusing and frightening world, the film gets away with it.

That boy, young Buddy (newcomer Jude Hill, stunning), has to wade through a crush on a smarter, taller, Catholic girl as well as his beloved grandfather’s failing health, his parents’ bickering over money, and, of course, the Troubles. (That is to say, the civil unrest in Northern Ireland that erupted around the time Buddy turned 9.)

Branagh surrounds his young star with talent in every direction, some of it a bit of a surprise. Ciarán Hinds and Judi Dench delight as Buddy’s grandparents, while Jamie Dornan impresses with a tender, earnest turn as his father.

Caitriona Balfe shines nearly as brightly as Hill, playing his fierce mother. Balfe benefits from the story’s greatest arc and most of its heaviest emotional scenes, carrying the film’s weight with grace.

Young Hill charms in every scene, though that’s something Branagh’s film has to spare. The script he penned of his memories sweeps you into an idealized, meticulously crafted yarn so lyrical it could be nothing other than Irish.

Yes, the film’s brushstrokes get fairly wide, but take that as an invitation to let Branagh’s memories spur your own – of parents and grandparents, close knit neighborhoods and days where wonder could be found most anywhere.

Is Belfast too precious? It comes close, but between a truly game cast and sheer filmmaking craftsmanship, the vision is hard to deny — as is the opinion that this is Kenneth Branagh’s finest film.

One thought on “The Pipes Are Calling”