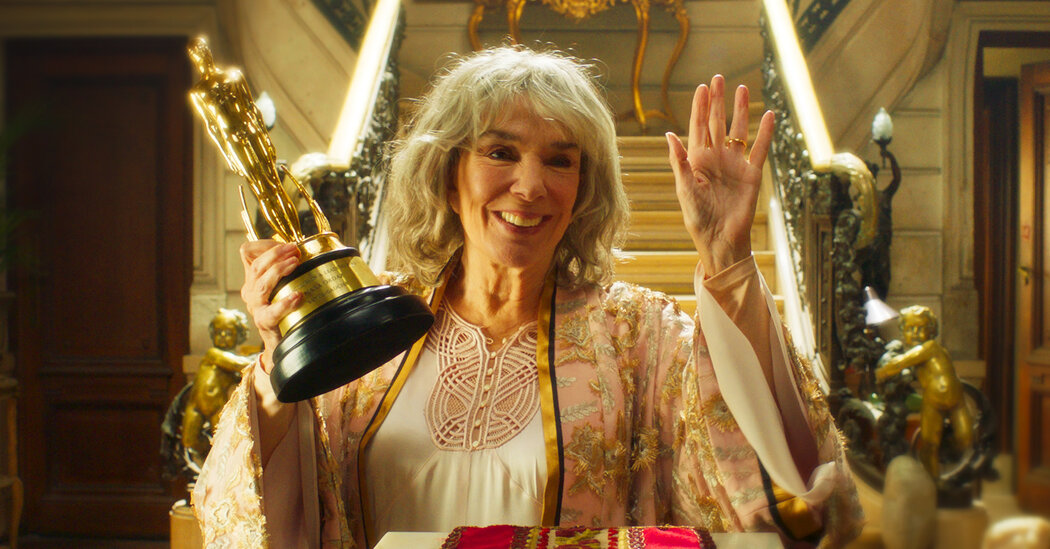 Filmmakers love to poke fun at themselves almost as much as they love to celebrate each other. From The Player and Barton Fink to Tropic Thunder and Hail, Caesar!, Hollywood hasn’t had much of a problem cashing in on making fun of the vain, pompous artists who make movies. These are all distinctly American examples, though.

How much differently would this kind of movie play if moved to South America?

Not much as it turns out.

Mara (Graciela Borges), her husband Pedro (Luis Brandoni), and their friends Martin (Marcos Mundstock) and Norberto (Oscar Martinez) all live in a grand house in the Argentinian countryside. At one point in the past, all of them were involved in Argentina’s luscious film industry. Mara, in particular, was an actress acclaimed not only for her prowess in front of the camera but also for her beauty. Martin, a writer, and Norberto, a director, both worked with Mara on countless films. Pedro sought to be an actor of Mara’s caliber but often had to settle for bit parts at her side.

The aging artists spend their days discussing exploits of decades past, putting on mock awards ceremonies and using a shotgun to rid the grounds of weasels. The monotony is broken up when two charming, young real estate agents show up with an attractive offer to buy the house from Mara. The men instantly smell trouble, but the agents play to Mara’s vain, fame embracing nature, and use that to their advantage.

The Weasel’s Tale plays like Sunset Boulevard meets the work of Wes Anderson, then it does Tropic Thunder. The comedy never goes as broad as it is in Stiller’s film, yet it’s never as dark as Sunset. There’s a twinkle in the eyes of the characters even when they’re cutting each other down, or plotting to murder the people trying to force them out of their home. It’s a quaint bloodlust.

The plot never becomes too unwieldy but does manage to offer some surprising twists along the way. The “mystery” of the film almost seems like an afterthought, but an afterthought that was well thought out and by design.

Director Juan Jose Campanella does a remarkable job threading the needle through such distinct tone management. There’s a sadness that hangs over the film, but not the kind that threatens to depress the audience. No, this sadness helps us find empathy for protagonists who might not necessarily deserve it.

The cast of The Weasel’s Tale is the ultimate draw. The majority of the film is spent in the company of Mara, Pedro, Martin and Norberto. And all four of them are rotten sons of bitches to varying degrees. (Well, maybe not Pedro, but guilt by association, okay?) Borges especially shines. For most of the movie, Mara never lets the veneer of her vanity crack – not even to her dear Pedro. Yet, we see instances here and there. There’s a vulnerability beneath the surface that Mara can barely contain, and Borges does a wonderful job showing that.

The Weasel’s Tale is a fantastic melding of dark comedy, noir, and satire – but one never lets either genre fully take over.