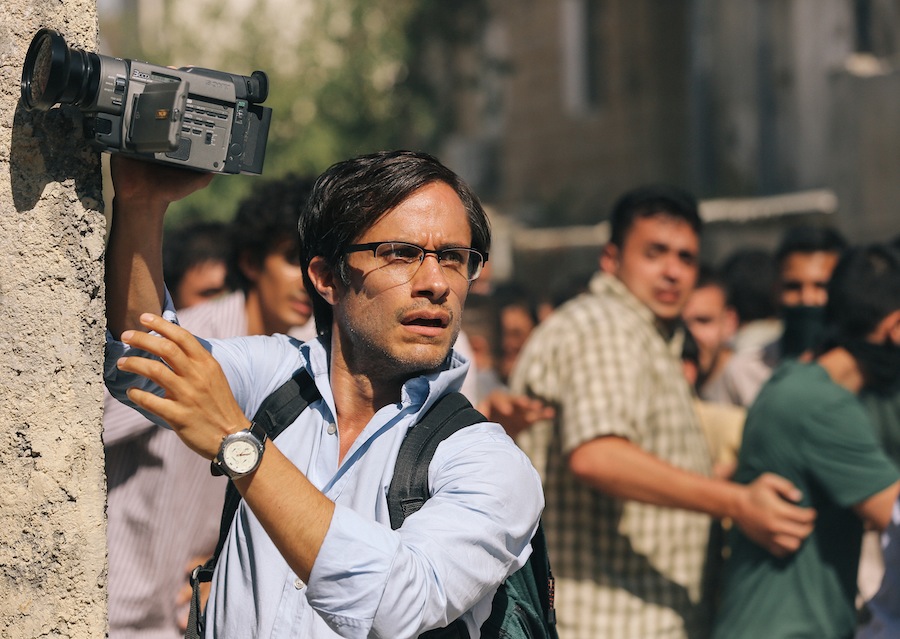 It should probably come as no surprise that Jon Stewart has keen instincts for telling a tale about journalistic integrity, witness bearing and global politics. It is perhaps even less shocking to find that he can weave wry humor into the most unexpected places, or that his insights are sharp and his material is smart.

The always wonderful Gael Garcia Bernal plays Bahari with the perfect mix of wisdom, naiveté, fear and courage – sometimes all flashing at once across his face. He’s more than matched by two magnificent supporting turns.

Iranian born Shohreh Aghdashloo (House of Sand and Fog) plays Bahari’s mother with pride, humanity and strength in every gaze, every tear. She’s never turned in a weak performance, but as the world-wearied matriarch of a politically troubled family, she is at her stirring best.

Likewise, as Bahari’s detention “specialist” – the man assigned to his daily mental, emotional and physical torment – Kim Bodnia shines. Like his colleagues, Bodnia says more with his posture and expression than with his lines. He creates a layered and fascinating character of a man most films would cast aside as a one dimensional villain.

There are weird comic moments between Bodnia and Bernal that are thrilling to watch.

Stuart possesses genuine skill as a director, layering performances with sounds, images, even framing that enrich every scene. He details early exposition with lovely, rich imagery that provides more power to the foundational scenes than the voiceover alone ever could.

He writes a pretty mean screenplay as well, adapting Bahari’s book into a succinct, approachable but intelligent tale. He knows how to use a quote from Iranian poet Ahmad Shamloo, sees the dramatic benefit of understated dialog, and recognizes the soothing balm of a well placed Leonard Cohen song.

Rosewater is not a condemnation or a chance for finger wagging – an opportunity that must have appealed to Stewart, whose program The Daily Show had actually contributed to Bahari’s plight. Instead Stewart crafts an image of modern journalism, global politics, and outdated ideology that has a pulse as quick as its tongue is sharp.

Just as Stewart the stand-up comic became one of the most urgent and satisfying voices in American broadcasting, so has this talk show host suddenly blossomed into one of this year’s most relevant filmmakers.