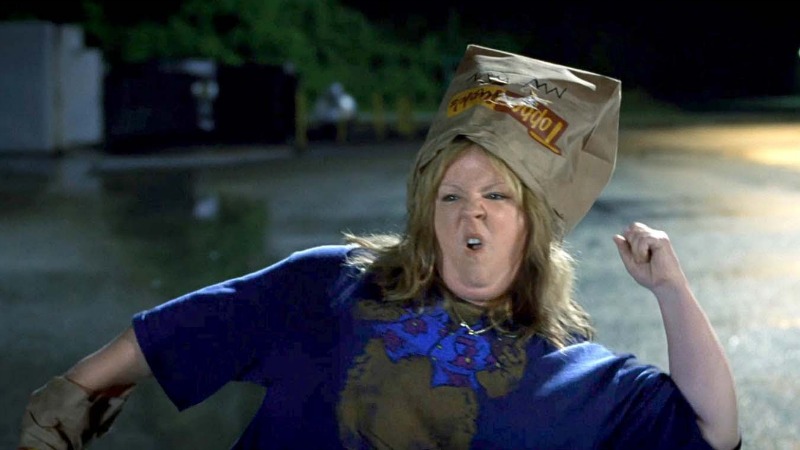 Though I grudgingly admit there’s a Melissa McCarthy backlash out there, I’m having no part of it.  She’s an often hilarious comic powerhouse who has been on a roll since her Oscar-nominated breakthrough in Bridesmaids.

Her latest, though, slows that roll considerably.

Tammy is McCarthy’s first project as a headliner, from a script she co-wrote with her husband Ben Falcone (who also directs).  Deciding to make it a road movie may have been their first mistake.

In one very bad day, Tammy (McCarthy) manages to lose her job, her car and her husband. Her mother (Allison Janney) offers little more than tough love, but Tammy’s grandmother Pearl (Susan Sarandon) has cash, wheels, and a travelin’ jones.

You can imagine how road movies are tempting for comedy writers, but the gimmick too often amounts to taking the path of least resistance. Got a few ideas for some randomly absurd skits? Just connect them with a stretch of highway or some winding country roads, and you’ve got yourself a movie!

McCarthy is a better bet than most to pull it off, and she showed that last year, scoring solid laughs in Identity Thief. But, that film also gave her the benefit of a better script, a great straight man in Jason Bateman, and a much more solid premise.

Tammy offers precious little support on any front. Sarandon, playing well above her age, settles for overacting in place of comic timing, while only a whisp of exposition is offered before they hit the highway.

McCarthy, through sheer force of her onscreen presence, does manage to find a little funny, but the glimpses of how this character might have carried a film are never fully developed.  McCarthy and Falcone may one day become a filmmaking power couple, but Tammy proves they still need a bit more seasoning.