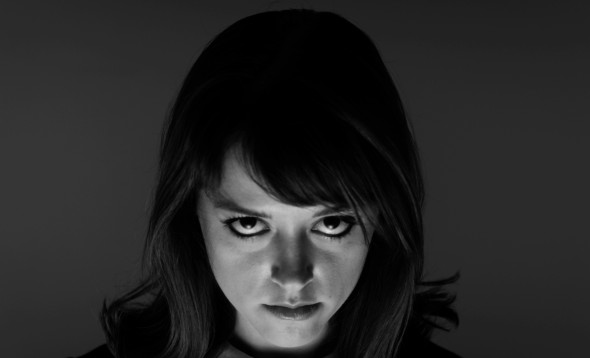 Darling – the closest thing to a name we ever get for the film’s lead – will be caretaker for the oldest brownstone in town. The enigmatic mistress of the house, played with icy skill by Sean Young, shouldn’t even be telling the new caretaker about the troubles with the last girl…

Yes, this sounds familiar, but Keating is not attempting to hide from comparisons to Stanley Kubrick’s 1980 classic The Shining. From Darling’s insistent score to its long, narrow hallways and more, this film embraces and celebrates its Overlook inspiration.

The tale itself is nothing if not artfully ambiguous. Darling’s descent into madness begins within moments of the fade in, and Keating’s screen titled chaptering (Chapter 1: Her; Chapter 2: Invocation; etc.) draws conspicuous attention to one way to read his film – as that of a house haunting its guest. Or was the guest mad all the while? Are there demons afoot, or did Darling bring the crazy with her?

This waffling between what may be happening onscreen works as well as it does because of the pliability of Keating’s lead, Lauren Ashley Carter (The Woman). Carter carries the film in its entirety with a performance that oscillates between wide-eyed terror and brittle rage. It’s an impressive turn from a performer who is becoming a true genre talent.

Carter and Keating mine the solo female going mad angle to conjure memories of Polanski’s Repulsion, and Carter’s unreliable point of view character rings a few of the same notes as Debra Kerr’s letter perfect performance in 1961’s The Innocents.

If atmosphere and style aren’t enough to carry a film for you, however, Darling will wear thin. Keating feels no compulsion to satisfy your curiosity, nearly overwhelming his film in ambiguities.

Stylish, visually resplendent in black and white, though not especially satisfying, Darling is more of an introduction to two strong new voices in the genre – Keating and Carter – than a memorable horror effort, but it’s definitely worth a look.

← Everlovin’ Light
To Hell and Back →
Scroll Up