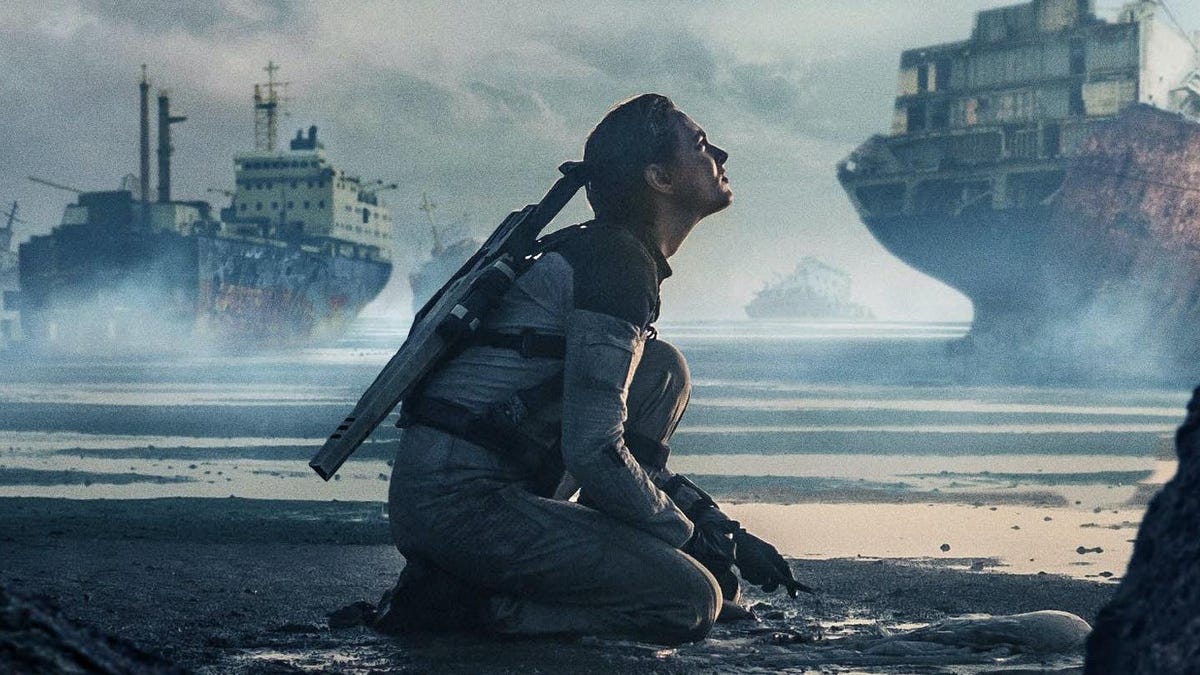 Director/co-writer Tim Fehlbaum’s The Colony (originally titled Tides) is a new entry into science fiction’s grand tradition of working out issues of the past and present in imagined future contexts.

In this one, Earth’s elites packed into spacecrafts and blasted away from a planet wrecked by climate change, pandemics and war. (Imagine!)

They settled on a planet called Kepler 209, which provided a temporary refuge. While they could survive there, radiation had an impact on fertility and, two generations in, no children were being conceived by a now-aging population.

So, once the Keplerians got some data from beacons they’d left back on Earth that their home planet may have healed somewhat, they sent a reconnaissance party called Ulysses 1 to scout out the situation and see if Earth was safe to return to and, hopefully, procreate on.

They never heard from U1.

Some years later, they scraped together the resources and sent U2 with a small crew including Louise Blake (Nora Arnezeder), the now-grown daughter of a missing astronaut from U1. Blake’s crash to Earth is where the Colony begins.

From the moment she impacts the surface, things are grim. Crewmembers are inured. Some die.

There’s a perpetual and inhospitable fog that obscures the landscape rendering Blake unable to get a clear picture of her surroundings. And this thematically fits, as this initial slow-burn of a movie is all about Blake charting the lay of the land on this new Earth.

But exactly who she is sharing space with and whether their interests are aligned is something that Blake has to explore and uncover. As the movie progresses, the pace increases incrementally and the stakes get higher as Blake needs to decide what she stands for and whose side she is on.

It’s interesting how it works with the themes of colonization in a tweaked context.

The Colony is a good offering. It’s not perfect. Communication between different groups is managed with way too much ease. The plot is somewhat predictable. One character is so much without agency that he may as well be a Force ghost urging Blake to heroic action. And, for a movie that mentions pandemics in the intro, it really missed an opportunity to add a novel disease transmission subplot.

But the cinematography, particularly the play between extreme wide shots emphasizing the characters’ vulnerability in the forbidding landscape and the close-up point of view shots giving us Blake’s limited access to snippets of the action, is wonderful. As is Arnezeder’s portrayal of Blake’s full emotional range.

Of special note is Iain Glen (as Jorah Mormont), who manages to effortlessly show the violence lurking just beneath the veneer of civilization.