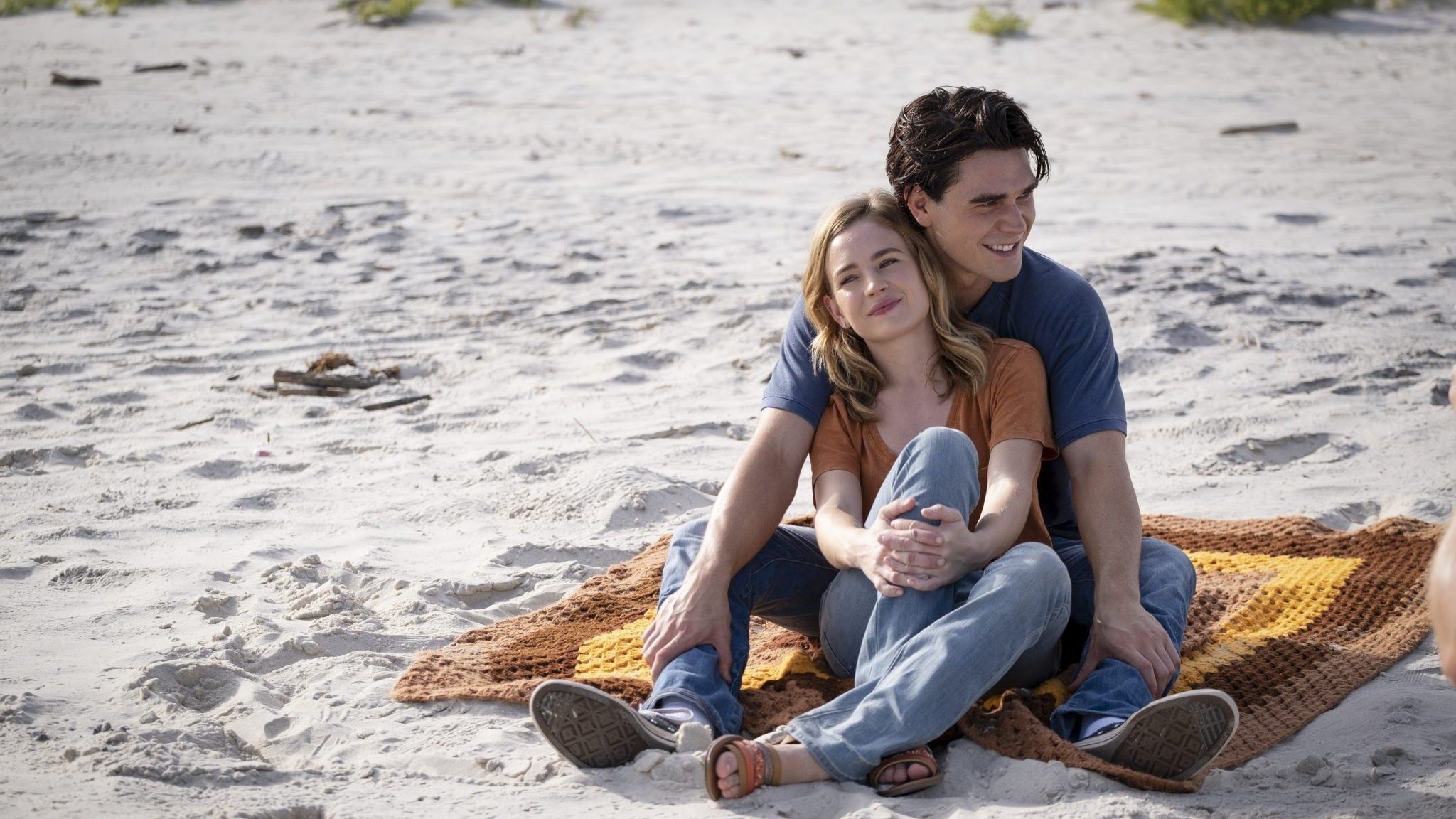 Jeremy Camp is a good big brother, loves to play guitar, and is headed to college. His first day on campus he meets one of his Christian rock idols and locks eyes with a girl who captures his undivided attention. We follow his resulting journey through young adulthood in I Still Believe.

There are two important things you should know going into this film. First, it is based on a true story. And second, the final screen shows a hotline that you can call if you have questions about your faith or God. Being tied to a specific sequence of events and having a specific agenda limit the story, and ultimately deny it any true depth.

We never get to truly know the characters in I Still Believe. What they like, what they want, what their hopes or dreams are… When asked what she wants to do when she graduates college, Melissa (Britt Robertson) responds “I don’t know…everything?” We never learn what anyone, even Jeremy, has enrolled in school to do.

Jeremy never seems to make any other friends at college, and instead aggressively pursues Melissa in a way so straightforward that even the charming KJ Apa (Riverdale, The Last Summer) can’t hide all the red flags. Every character is wholly defined by their relationship with God. Either they believe, and events continue to happen to them, or they feel doubt, in which case they break some things in emotional torment before events continue to happen to them. The narrative plays out like a toddler retelling a long story “And then, and then, and then, and then….”

The original story is heartbreaking, filled with devotion to your loved ones, the power of faith, and how to continue being the person you want to be when your questions go unanswered. But that story never has an opportunity to develop because so little of this film focuses on character or relationship. And then, and then, and then…

The film is shot in the the visual style of other Hallmark and faith-inspo productions, all over-saturated golden hour shots. The style is very reminiscent of the “A Dog’s…” series, and coincidentally, Apa and Robertson last acted opposite each other in A Dog’s Purpose.

While Apa and Robertson are both masters of the recent “realism” acting style that comes with pauses, repeats, and “ums,” neither has an opportunity to deliver a great performance because of how hard they have to work against the script. Robertson most excels when she gets to interact with more emotional content and her turns in faith and fear anchor the middle third of the film.

Directed by Andrew Erwin and Jon Erwin (The Erwin Brothers), there’s little offensive about the visual style of the film but also very little inspired. The strangest choice was to not update the film to modern time, and instead keep it in what looks like the early 2000s. The time and setting is never explained. I assume the setting is based on the real events, but the story doesn’t need a time-preserved setting, and the presence of flip phones and landlines pull you out of the viewing experience immediately.

I Still Believe is a guilty pleasure film for a specific audience. It doesn’t require any thought, it takes limp stabs at being profound, it sets up easy moments to sneak in a cry, and its real-life roots will make believers feel vaguely inspired. But, you’d be hard pressed to find any critical merit in the production.