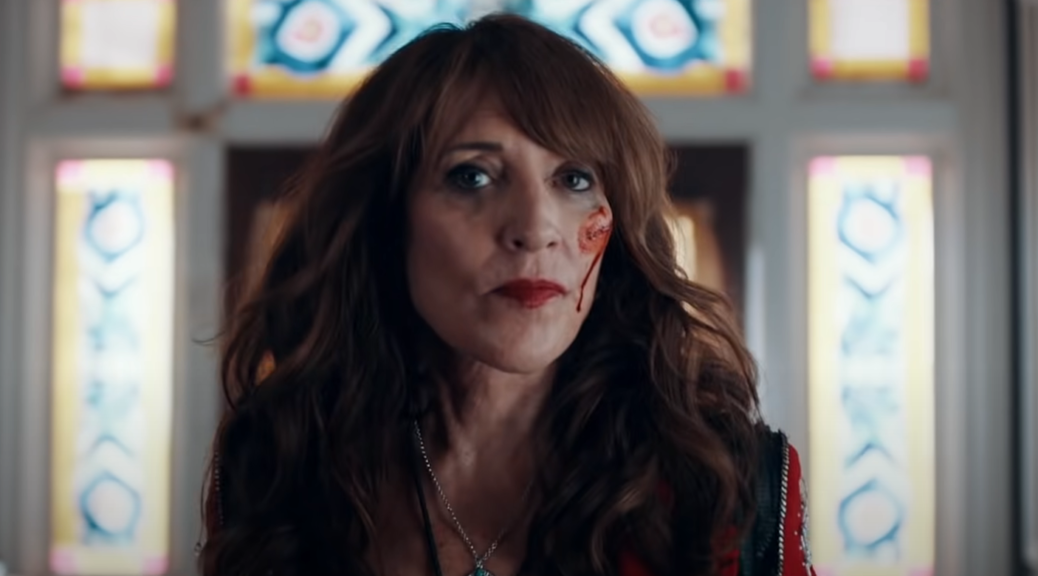 Heartbreak, hardship, hard living and broken dreams — that sounds like a country song.

How well does it work for a horror movie? Director Brea Grant (12 Hour Shift) finds out, with an assist from effortless badass Katey Sagal in the Music City thriller Torn Hearts.

Sagal plays Harper Dutchess, country music legend and what remains of the Dutchess sisters, a duo that made it big in the 90s, before tragedy hit. Now a recluse in her Nashville mansion, Harper is none too happy to see upstarts Jordan (Abby Quinn) and Leigh (Alexxis Lemire) show up at her door hoping to record a song with her that will put them on the path to stardom.

Unfortunately, she repackages a lot of familiar ideas inside that Western fringe. But Grant finds ways to keep things interesting.

An authentic soundtrack of music penned by Brittany Allen grounds Torn Hearts in authenticity, while Yaron Levy’s cinematography works the creepy Dutchess mansion for all its gothic, garish Nashville weirdness.

Both Lemire and Quinn fit their roles well. As Harper picks away at the young duo’s insecurities, each performer gets the chance to show some range, both physically and emotionally.

Sagal steals the show, though. The picture of hard living, Harper manipulates the young musicians with sometimes sadistic ease. Sagal relishes the contempt, crafting a formidable central figure and ensuring rapt attention, no matter what weaknesses the film has in store.