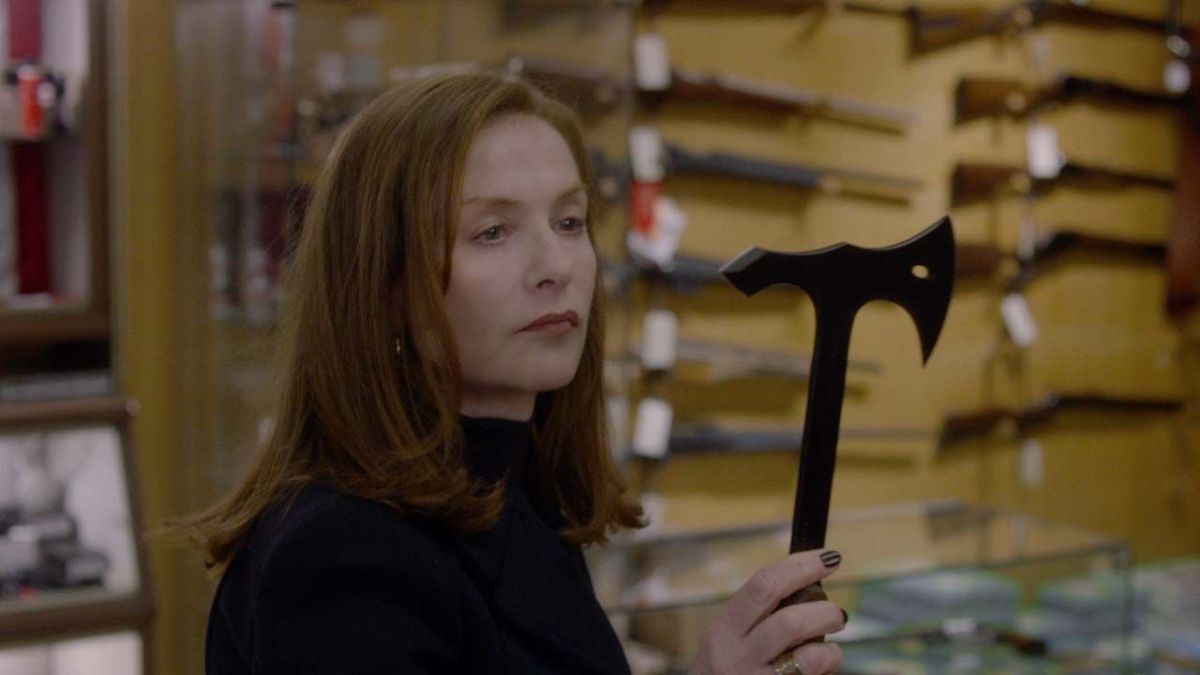 Elle is a flummoxing, aggravating, possibly masterful piece of filmmaking that will leave you reeling.

A misanthropic tale with a complex – even befuddling – moral core, the film explores the aftermath of a brutal rape.

It opens – before we even see an image – on the sounds of the assault. Michele Leblanc (a beyond-magnificent Isabelle Huppert), a prosperous video game developer, is being attacked by a masked figure who’s broken in.

No matter what you expect to happen next, the only thing you can predict is that clichés will be upended.

The storyline offers an almost endless look at complicated gender politics, systemic misogyny and rape culture. As Michele goads the mostly-male team working on the firm’s latest beta game that the tentacle penetration of a medieval maiden is not orgasmic enough, the film further complicates – well – everything.

Another element tangling the viewing experience is the fact that the creative team behind the film is entirely male: director Paul Verhoeven, novelist Philippe Djian, and screenwriter David Burke – who, interestingly, specializes in true-life horror films, often succeeding in humanizing the serial killer (Dahmer, Gacy).

To articulate the film’s frustrating turns would be to give away far more than is appropriate. Suffice it to say, the deeply flawed heroine makes baffling choices in a story chastising a culture that promotes rape while simultaneously encouraging rape fantasy.

Verhoeven’s resume may taint this perception. A provocateur always, his latest effort is his most dialed down and intelligent. And yet, this same director managed to turn a Holocaust interrogation into a scene from Flashdance in his 2016 film Black Book.

There is basically nothing he cannot reframe to objectify women – and yet, there is not one sexual act in this film that is played for titillation.

It is quite possible that Huppert is the entire reason Elle works – and God help me, it does.

Huppert understands this character’s damaging backstory – information allowed the audience in slow bursts – and captures the icy resilience it instilled. Her Michele is a restrained narcissist, a pragmatic survivor at odds with expectations – unlikeable but hard to root against. Above all things, she is unpredictable, but in Huppert’s hands, every decision – no matter how bizarre or offensive – feels utterly natural.

I cannot imagine this film surviving without Huppert in the lead role, but with her as the central conundrum in Verhoeven’s indecipherable set of intentions, Elle leaves a mark.