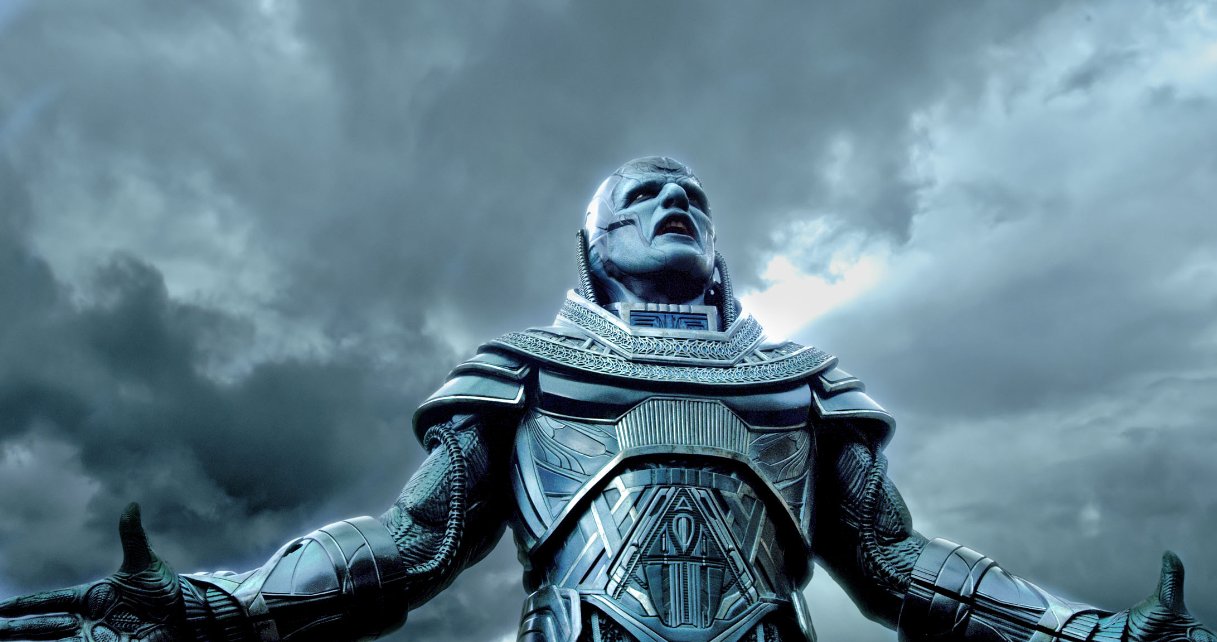 This year’s superheroes have been wrestling with big questions and God complexes, and X-Men: Apocalypse wants us to know it can be super serious, too. It can also be pretentious, occasionally thrilling and surprisingly dull.

Ten years after the D.C. showdown in Days of Future Past made mutants the fresh faces of 1973, things are relatively quiet. Charles (James McAvoy) is busy with his school for the gifted, while Raven/Mystique (Jennifer Lawrence) and Erik/Magneto (Michael Fassbender) have gone into hiding.

A very old face draws them out.

Heavy doses of plodding exposition outline the history of the first mutant (Oscar Isaac) falling victim to an ancient ruler’s quest for power and then, being buried for centuries. Unearthed in ’83, this God/mutant hybrid called Apocalypse begins recruiting a powerful team bent on “cleansing” this world to herald another. Villains assemble!

Director Bryan Singer is back for his fourth X installment, and while some set pieces are visually striking, others are curiously flat. Scenes from the “Apollo” episode of Star Trek appearing on young Storm’s TV may be meant to reinforce a “God among men” storyline, but when immediately followed by the evil X’s in full pose-off on a less than authentic stage, only Shatner-esque cheese comes to mind.

The real bringdown is Simon Kinberg’s bloated script. It’s overstuffed with characters who talk loud and say nothing in a mishmash narrative weighed down by ambitions with little substance. Kinberg has big ideas about false gods and the ethics of power, but they can’t get any more nuanced than Magneto screaming, “Is this what you want of me?” amid scenes of rampant destruction.

Quicksilver (Evan Peters) easily steals this show, as nearly every scene he’s in brings the stylized fun the film needs to offset the futile attempts at making Jean Grey interesting and the contrived explanation for Professor X’s sudden hair loss.

But hey, there’s a Wolverine appearance, a post-credits scene and it’s summer, so if X is your thing, get it on.