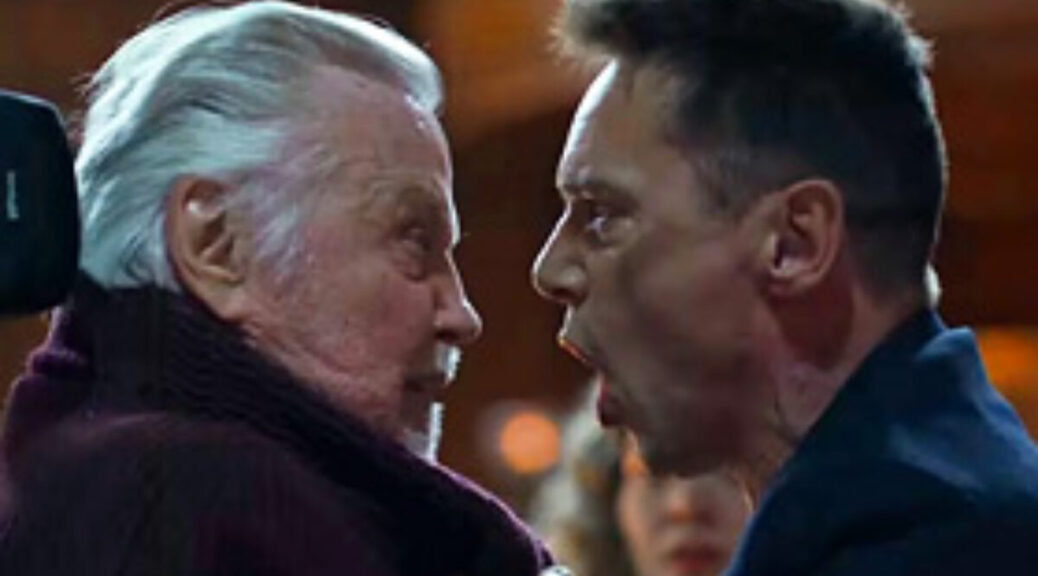 Welcome to the murder castle!

That’s the bland first line in the exceptionally derivative Dangerous Game: The Legacy Murders, a mash of up Saw, Ready or Not and And Then There Were None with little of the associated mystery, thrills or gore and none of the humor. Plus the title sounds like a Lifetime flick.

Things begin predictably enough as a wealthy but dysfunctional family arrives on the patriarch’s (Jon Voight) secluded island to celebrate his 80th birthday. He and his manservant (Bradley Stryker) greet the guests in a Mr. Rourke/Tattoo kind of way before ushing them into his sprawling new mansion.

More frustrating than thrilling, the film still entertains in a B-movie way for a time. Rich people on an island who hate each other play a board game called Dangerous Game to pass the time. Why not?

Jonathan Rhys Meyers stars as the son who’s taken over the business from his bitter old man. Remember when Jonathan Rhys Meyers was a whole thing? Velvet Goldmine, Bend It Like Beckham, Match Point – he had a nice roll going there. He got a lot of attention for his TV gigs in Elvis and Tudors about a decade ago.

I’m worried about him. He’s made eight movies in the last two years, with another six in various stages of production. So far, not one of them is worth watching. Indeed, many are unwatchable.

Cardboard performances and silly writing veer toward the ludicrous and the film is never able to recover. Or capitalize.

At this moment, I began to hope that Sean McNamara’s film would surprise me, go full Malignant, or at least Orphan: First Kill. Alas, turns out this was just a ludicrous highlight in an otherwise unremarkable rehash of superior films.