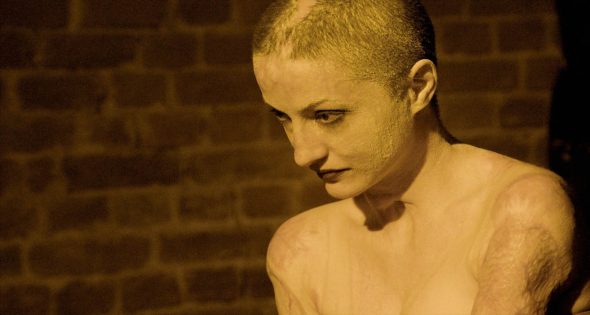 On October 30, 2015, a massive fire broke out at the Colectiv Club in Bucharest, Romania. Twenty-seven people died in the initial blaze while another 180 were injured. In the days and weeks following the fire, dozens of survivors died in the hospital of preventable infections. Over the next year, journalist Catalin Tolontan would uncover a trail of corruption that had all but hobbled the country’s health care system.

There’s a restraint to Collective that is much appreciated. Absent are the talking heads and exposition-heavy voiceovers that have become staples of documentaries. In fact, Collective is a film more than happy to let multiple scenes set in boardrooms and offices play out almost in real-time.

And it is riveting.

The access granted to filmmaker Alexander Nanau is nothing short of astounding. They are there as Tolontan interviews a doctor that has smuggled disturbing footage out of a Romanian hospital. Nanau is also granted unprecedented access to newly appointed Romanian Health Minister Vlad Voiculescu. The juxtaposition between Tolontan’s journalistic work and Voiculescu’s navigation of hostile political waters is fascinating and demoralizing all at once.

Collective’s foundation is built around that tragic fire and the deaths that occurred. However, the film never once seems exploitative. The victims and their families loom large, but Nanau feels no need to use their grief to propel his film forward.

The power of Collective is in the film’s desire to avoid one specific point of view. There’s a matter-of-factness to the film that is methodical and precise. Films and filmmaking are all about manipulation, and this clinically observational approach feels more authentic. For a film so steeped in the hunt for the truth, Nanau’s fly-on-the-wall perspective just seems right.

Collective isn’t a flashy film – it doesn’t want to be. What it is, though, is a gripping look at the good that can come from honest, professional investigative journalism.