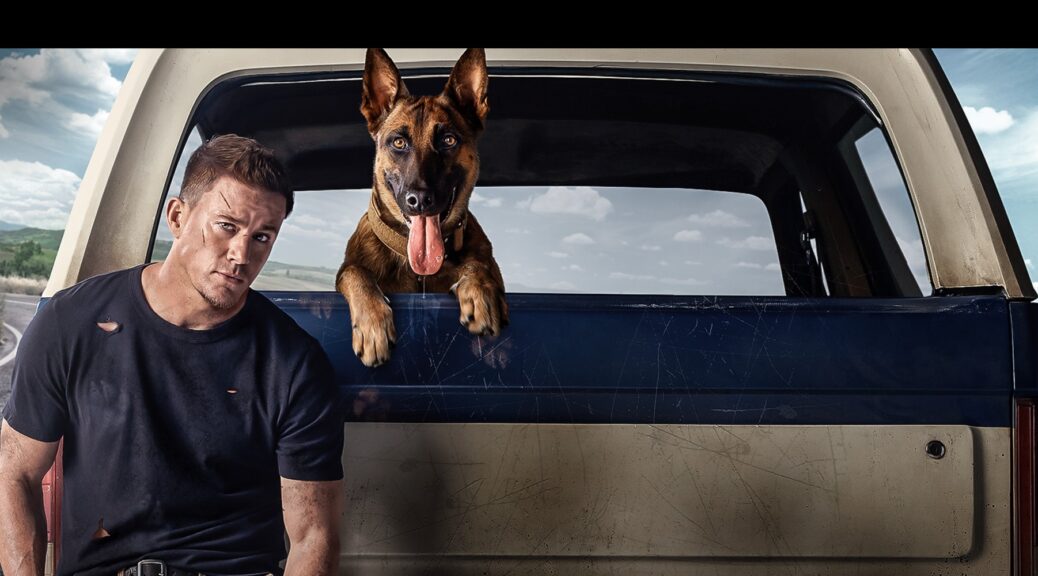 I wish that was a good thing.

Because what you expect is likely not that good to start with: hunky but irresponsible man learning love and responsibility from an anxious but lovable hound. And you do get that. The emotional trajectory of Dog is no more in question than whether the two bedraggled messes will make it on time to their final destination, the funeral of a fallen comrade.

But if you are expecting to laugh, even once, you are in for a surprise.

The film, co-directed by Tatum (his first effort behind the camera), makes a number of weak attempts at comedy. If you’ve seen the trailer, you’ve seen all of them. Not a single one lands, and each supposed joke is so lazy, so telegraphed and tired.

Dog is a road trip film, which is often an excuse to string together random comedy sketches. Sometimes this works (Vacation, The Mitchells vs. the Machines). Usually, it doesn’t. Certainly, Dog doesn’t take advantage of the opportunities for hilarity inherent in the cross-country trip.

But don’t dismiss Dog as simply a decidedly unfunny comedy. Tatum and co-director Reid Carolin, who co-wrote the script with Brett Rodriguez, use the gags as a sweetener on top of a very dark story about PTSD and living with the emotional and physical damage of war.

What lies just beneath the weakly attempted comedy is an incredibly dark film. Not a dark comedy—not by any stretch. Tatum and gang are not going for laughs at the expense of these two scarred veterans and their collective trauma.

Lulu is every embattled, broken veteran and we don’t want anything bad to happen to Lulu. Why, then, are we so careless with our broken and embattled veterans who are not also beautiful Belgian Malinois?

It’s a worthy message trapped in a sincere, tonally chaotic, humorless, lazily constructed mess of a movie. Dog has merit I did not expect going into it. I wish it was a better movie.