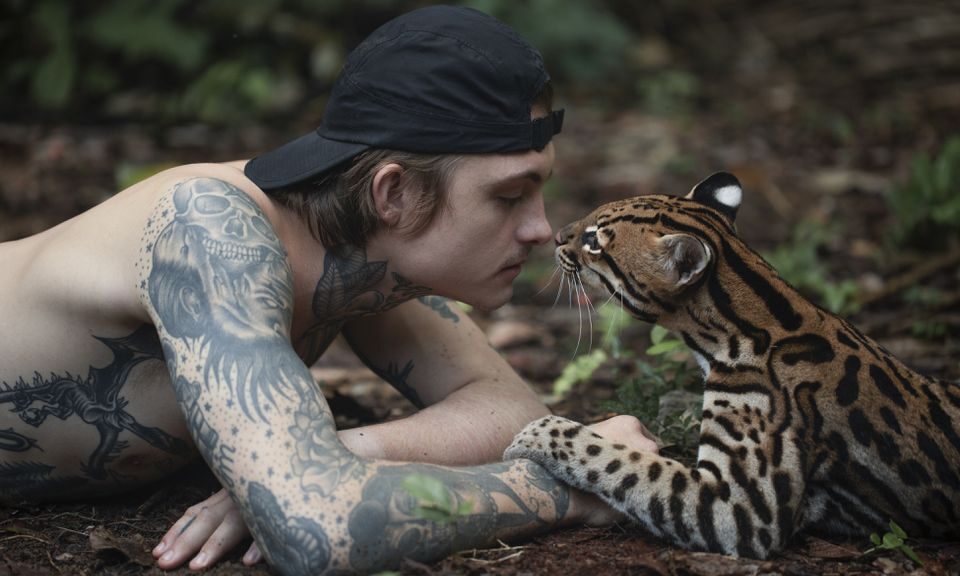 Much has been made of how animals impact the lives of their humans. For a lot of people, many of the fondest memories they have are of a dog or cat that brought an enormous amount of joy to their lives. Of course, these stories usually revolve around domesticated pets and not wild animals. Wildcat deviates from your standard nature documentary and instead focuses on the deep bond between an emotionally fragile man and the wildcat that relies on him for survival.

Harry Turner is a twenty-something Englishman who deployed to Afghanistan when he was 18 years old. As Harry’s time in the armed forces comes to an end, he’s left with scars both physical and emotional. Looking for a fresh start, Harry travels to the remote Peruvian portion of the Amazon and links up with a Ph.D. student and her animal sanctuary. As Harry continues to struggle with the effects of debilitating depression and PTSD, fate drops an orphaned ocelot (ironically named Keanu) into his care and into his life.

There’s a breeziness to Wildcat that helps it feel more personal than most nature docs. A huge swath of footage is shot by Harry himself and helps the audience understand his state of mind much more quickly than a series of talking heads might have. When Harry’s doing well, there’s a tight focus to the footage of Keanu and of his testimonials. As his mental health deteriorates, so does the shooting style of the film. Entire scenes take place with participants off-screen or in the background – at times leaving us just as disoriented as Harry.

So much of the film begins to feel voyeuristic as Harry spirals. Not in a gratuitous or exploitative way, but in that Harry’s deep emotional connection to Keanu’s well-being feels like an exposed nerve. Seeing this vulnerable wildcat rely on an equally vulnerable human being is a beautiful juxtaposition that forms the core of the film.

Wildcat isn’t the kind of film that gives one a better understanding of nature and its fragility. Instead, this is a film that seeks to better understand the delicate connection that can exist between humanity and the animals that co-exist with us.