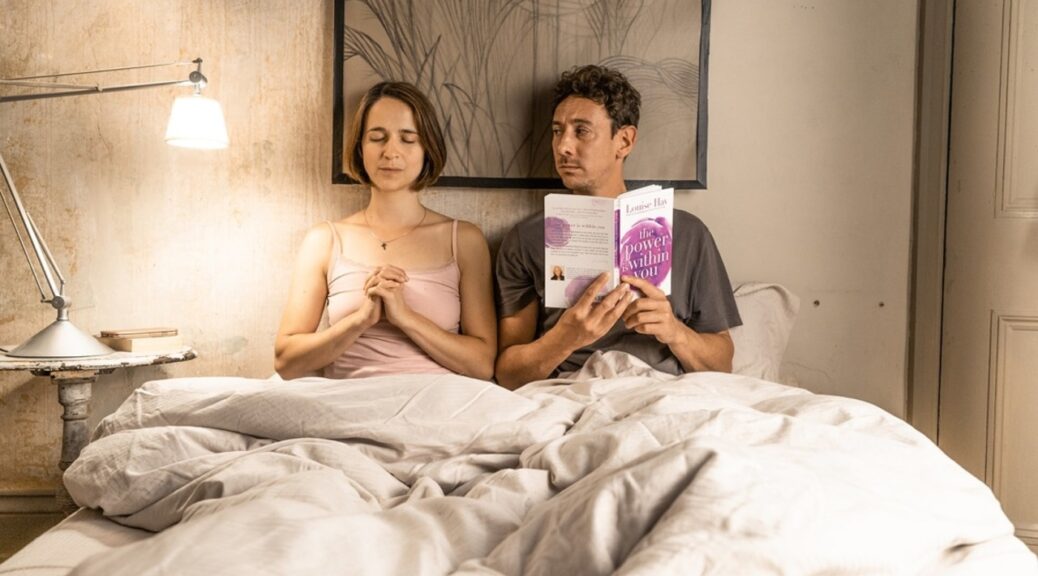 I’m Not in Love

I’m Not In Love, the final installment in director Col Spector’s trilogy, continues his exploration into the anti-romantic-comedy universe analyzing the modern man’s romantic relationships.

Shot in London, the story follows the melancholy and often hapless Rob (Al Weaver), who must decide whether to commit to his suitable yet average girlfriend Martha (Cristina Catalina) or continue in his journey to find the perfect woman. What ensues is the constant battle Rob must wage against himself in order to achieve external happiness in the form of a partner – just, preferably, not the one he currently has.

The brightest moments of the piece shine through Weaver’s grounded, understated performance as the ultimate anti-hero Rob. Embedded with inherited relationship trauma from his bitterly divorced parents, Rob consistently makes unjustifiable decisions at the expense of others- but Weaver’s ability to show a complicated relationship with self-awareness is what saves Rob from becoming unsalvageable.

I’m Not In Love describes itself as an “anti-romantic-comedy,” and in a baseline way, it achieves this idea. It flips a few conventions on their heads: it challenges the idea of a picture-perfect ending and follows an unlikeable protagonist with an unredeeming story.

However, to fully encapsulate an “anti” version of any genre, a new or interesting idea should be present. I’m Not In Love paints an overly nihilistic picture of romantic relationships and familial commitment without much thoughtful consideration as to why. Like a teenager rebelling against their parents, the “anti” in “anti-rom-com” serves more as a symbol of nonconformity than thoughtfulness.

The film runs a quick 85 minutes but feels bogged by a plot that spins itself in repetitive circles. Much of the story’s monotony stems from non-committal writing. I’m Not in Love can’t decide if it wants to live in a lighthearted air or dive into deep drama, which keeps the film in a perpetual limbo.

Ultimately, Weaver’s performance is the gravitational pull that makes this piece interesting, and the film orbits around that. The lack of unique perspective would not necessarily be a deal-breaker if the plot had found more moments of genuine levity or self-aware humor. I’m Not In Love may leave you feeling joyless, but not in a cathartic way.