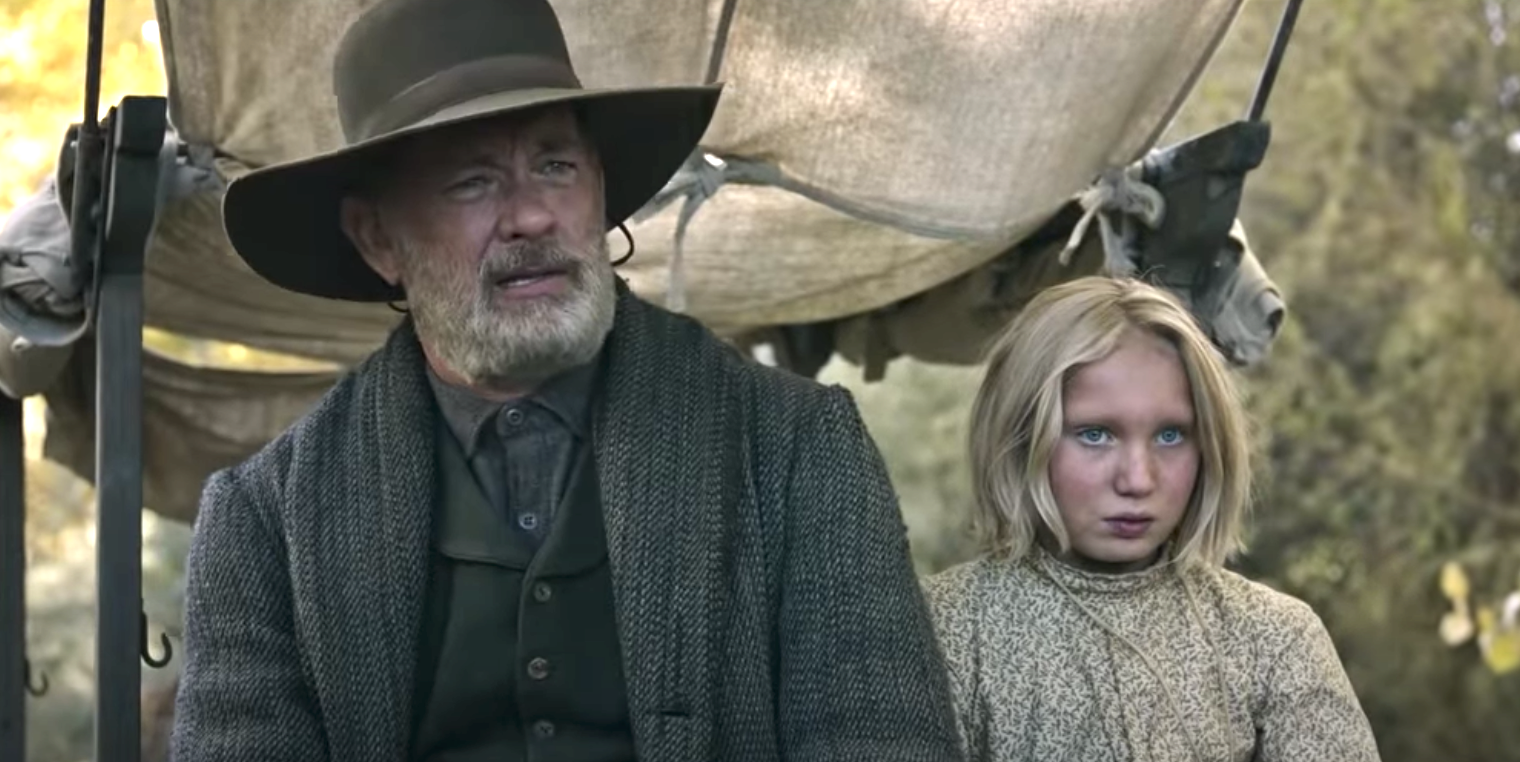 News of the World

From the moment Sheriff Woody lamented that snake in his boot, it’s been inevitable that Tom Hanks would star in a Western. Not because he personifies the bruised masculinity, the solitary grit—that’s just ornamentation, anyway.

Tom Hanks would inevitably be the hero in a Western because we believe he would do the right thing, however difficult that is.

The Western News of the World is a film we’re less inclined to expect from director Paul Greengrass. His kinetic camerawork and near-verite style that lent realism to United 93 and added tension to his Jason Bourne films hardly suit a Western. He adapts with a more fluid camera that underscores the tension as well as the lyricism inherent in the genre.

He also takes full advantage of our faith in Tom Hanks.

Hanks is Captain Jefferson Kyle Kidd, a Civil War veteran who travels from town to town reading news stories to weary people looking for a distraction. In his travels he comes across a 10-year-old girl (Helena Zengel, wonderful) who’d been raised by Kiowa people and is now being returned against her will to her natural aunt and uncle.

Reluctantly, Captain Kidd agrees to transport her 200 miles across dangerous territory. Not because he wants to or because he will benefit in any way from it. In fact, he will probably die, and she with him.

Greengrass adapts Paulette Jiles’s nove with the help of Luke Davies. An acclaimed poet, Davies can be a handful for some directors. His material, even when done well, as it was with Garth Davis’s 2016 film Lion, can feel overwrought and overwritten. But Greengrass’s touch is lighter, his style always bending more toward realism than poetry, and here he’s struck a lovely balance.

Westerns lend themselves to poetry of a sort. News of the World offers a simple hero’s journey, understated by Greengrass’s influence and Tom Hanks’s natural abilities. A damaged soul faces an opportunity to prove himself, perhaps only to himself, and he takes it. And he is forever changed.