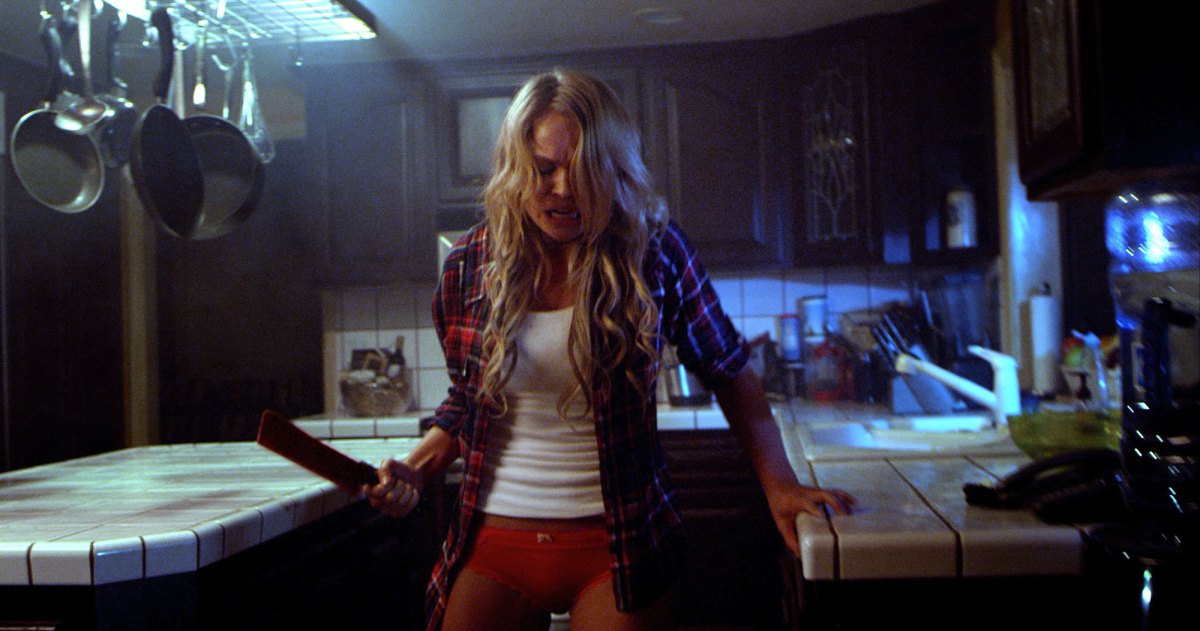 For the first time in – perhaps ever – a full-on horror short appears to be in the running for an Oscar nomination.

Shant Hamassian’s one-take wonder Night of the Slasher offers a clever, funny, self-referential look at slasher films and manages to tell a complete tale, develop a character, scare, and entertain – all in about 12 minutes.

The pacing is wonderful, and with each passing minute Hamassian unveils another piece of information we didn’t realize we were missing. A protagonist (Lily Berlina), for reasons unexplained but certainly suggested, appears to be trying to unravel the slasher’s formula. Her goal is certainly to defeat the killer, but she may turn into a monster herself in the process.

A couple of very funny lines, a handful of perfectly placed visual gags, and camerawork that never feels like a gimmick separate Night of the Slasher from other horror comedies. Certainly the story follows the same path as Scream and, more recently, The Final Girls, but Hamassian finds new ground to break. Efficiency is on his side. Nothing is belabored, everything compels attention.

The masked maniac brings with him the film’s cheekiest joke, but Berlina plays the heroine with a raspy desperation and tenacity that elevate the film above spoof.

The short was carved from a full length screenplay and filmed as an attempt to get funding for a full feature. Here’s hoping!

Find out more at Night of the Slasher’s Facebook page: