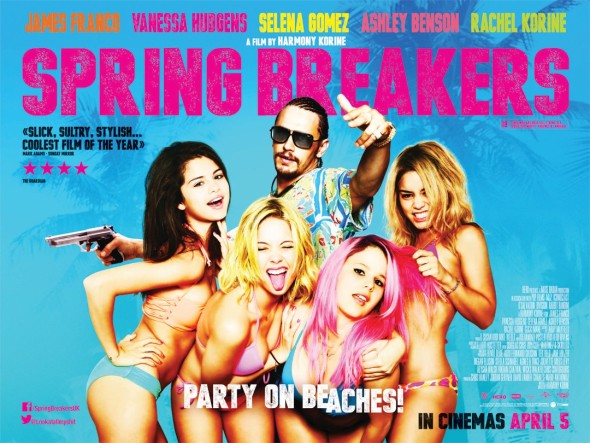 We may be deep into summer vacation, but this week’s DVD releases include a great chance to revisit Spring Break!

Korine has something to say here, and he says it pretty well. Outrageous, courageous, and often very funny, Spring Breakers is worth your time.

When Wednesday Addams decided she was through with family fare, she wasn’t kidding. Christina Ricci followed That Darn Cat – the last of her Disney work – with a slew of riveting, gritty indies including 1998’s Buffalo ’66. She plays Layla, a small town teen willingly abducted by parolee Billy (creepy as ever Vincent Gallo). Another tale of road trips, questionable male influences and the corruption of youth, Buffalo ’66 is a gripping surprise overflowing with fantastic performances. Plus there’s bowling!