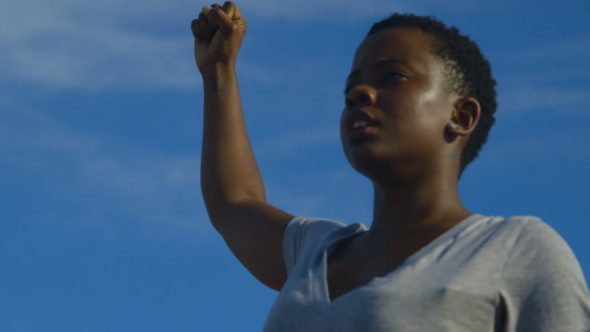 Good documentaries transcend art and commerce by helping us understand who we are, where we came from and where (hopefully) we may be going. These five films prove the necessity and urgency of the #blacklivesmatter movement and help to contextualize our current situation and the need for dramatic change.

Moving like a living, breathing monument to revolution, Whose Streets? captures a flashpoint in history with gripping vibrancy, as it bursts with an outrage both righteous and palpable. Activists Sabaah Folayan and Damon Davis share directing duties on their film debut, bringing precise, insightful storytelling instincts to the birth of the Black Lives Matter movement. Together, they provide a new and sharp focus to the events surrounding the 2014 killing of 18-year-old Michael Brown by Ferguson, Missouri police officer Darren Wilson.

Available to stream for free from wexarts.org.

Wexner Center’s Paul Hill and filmmaker April Martin’s documentary exposes the similarities between 2014 events in Ferguson, MO surrounding the murder of Michael Brown and events in Cincinnati beginning in 1995 and culminating in riots following the suspicious, police-involved deaths of Roger Owensby in November, 2000 and Timothy Thomas in April, 2001.

The final product delivers an incisive look at the roots and ramifications of systemic racism. The filmmakers speak candidly with bereaved family members and witnesses, weave in crime scene footage and the news coverage of the day, and speak to historians, activists, police and political leaders to paint a picture that becomes jarringly prescient.

Director Ava DuVernay followed her triumphant Selma with an urgent dissection of mass incarceration in the United States. Packed with testimony from those who know, propelled by the force and vision of a director who knows how to tell a story, this is as gripping and necessary a film as you will find. Informative, stirring, and heartbreaking, 13th delivers a lesson that is essential to understanding both the ugly roots of America, and how shamefully deep they remain.

If current events haven’t satisfied your appetite for stories of cops behaving badly, take a trip back to the 1980s with The Seven Five. It’s a sobering look at Mike Dowd, the man dubbed “the dirtiest cop in history,” as well as the law enforcement code of silence that still appears shockingly prevalent.

Director Tiller Russell uses footage from Dowd’s 1993 hearing testimony as an effective bookend to current interviews with Dowd and several of his cohorts. The chill that comes from a younger Dowd testifying that a good cop means “being 100 percent behind anything another cop does” only intensifies when you hear one of his old partners recalling the prevailing attitude of their criminal heyday.

This film’s strength lies in its nuance, and in its refusal to provide snap judgements. Rather than looking to vilify police officers, the goal here is to understand how the system itself has become untenable, all but guaranteeing continued tragedies.

It’s not a fun conversation, but it’s one that’s long overdue. Peace Officer may speak softly, but it’s hard to imagine an American film that is more urgent.